Another Hero from GoPro 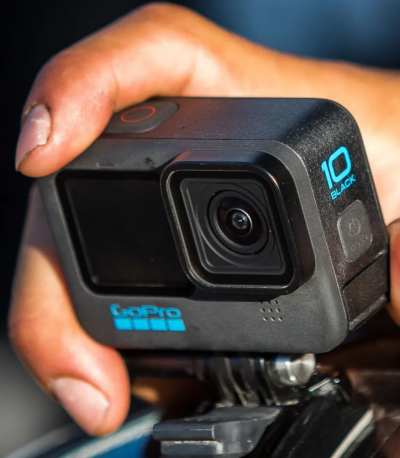 GoPro has announced the tenth iteration of in action cam series, the 23-megapixel GoPro Hero 10 Black.

Pricing is quite bizarre, with the camera at $600 with a one-year subscription included and $750 without a subscription – which makes one wonder what customers are signing themselves up for. (Caveat emptor!) 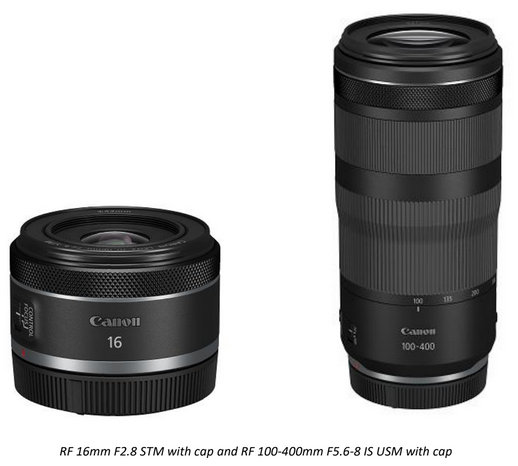 The RF 16mm f2.8 STM ultra-wide prime lens is described as a ‘versatile lens’ suited to vlogging, group photography, environmental portraiture and architectural photography. As the first ultra-wide angle prime for the EOS R system, the appeal for vloggers is attributed to low light performance and shallow depth of field, allowing subjects to ‘pop’ against a softened background. And ‘near silent’ sharp focusing thanks to the STM motor.

The RF 100-400mm f5.6-8 IS USM is designed for enthusiast sports and wildlife photographers. The lens features 5.5 stops of in-lens optical image stabilisation, which can reach six stops when coordinated control is used with a camera’s existing IBIS. The lens has a Nano USM focus motor for smooth, fast AF.

Access the RF 100-400mm spec sheet here. And the press release for both lenses here.

Nikon has announced the Nikkor Z 40mm f2 prime lens will be available from September 30, with no local pricing supplied. However, a US website provides this snippet: ‘At an MSRP of (US)$299, the Z 40mm F2 will join the Z 28mm F2.8 SE in being one of the two most affordable native lenses for the Z mount…’

Brands Australia has announced local availability of the Polaroid Now+ instant camera, which introduces a tripod mount and aperture priority mode to the Polaroid range while retaining the advanced features of recent releases, such as double exposure and light painting.

Perhaps more than any other camera release, it ‘outsources’ significant functionality to the almost essential Polaroid Now+ app. Could this be a sign of how consumer-level cameras might evolve? It’s almost an ‘if you can’t beat ’em, join ’em’ approach from Polaroid in regards smartphones. Kind of clever.

Third of fourth f1.8 for Lumix

Panasonic Australia has announced the release of the Lumix S 24mm F1.8, its third of four f1.8 lenses for its L-Mount (S series) cameras.

The Lumix F1.8 lens series has a common positioning of controls for ease of use, a similar size that makes it swifter to switch between lenses, and a common barrel diameter that provides users with the convenience of using the same filters.

The 24mm has a dust/splash-resistant design and at 310g is light for a wide-aperture, wide-angle prime.

It’s locally available this month from ‘leading photographic specialists’, with an RRP of $1399.

It will first be available for Sony APS-C format cameras, with a Fuji X mount version arrival date to be announced.

RRP is just $1199, which seems pretty good value for such a long zoom range.

Fujifilm has announced the X-T30 II, an incremental upgrade that includes a new higher resolution LCD (1.68M-dot versus 1.04M-dot) and additional memory. The latter allows it to perform as robustly as the X-T4. Click here for the press release.

The XF 23mm f1.4 R LM WR lens has been given a complete overhaul to its predecessor, with a new optical design consisting of 15 lens elements in 10 groups. This includes two aspherical elements and three ED elements to minimise common aberrations.

The middle focusing group controls spherical and chromatic aberration, while a two-element lens group, including an aspherical lens at the far, reduces fluctuation of aberration caused by the movement of focusing elements. securing superior image quality across focus range.

Lastly, the XF33mmF1.4 R LM WR features the same optical design to the XF 23mm, resulting in an identical reduction to various mentioned aberrations. Click here for the press release.