Veteran News Corp photographer, Anna Rogers, has told a senate inquiry that women dealt with workplace sexism during her time at Murdoch mastheads between 1991 – 2020. 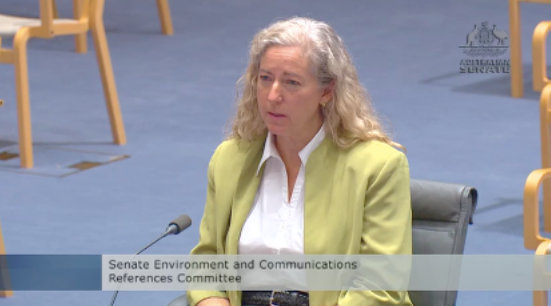 Rogers worked as a staff photographer for almost three decades at publisher Cumberland Newspapers, The Australian, Courier-Mail, and the Cairns Post between 1991 to 2020. She was among numerous staff photographers made redundant in June last year during News Corp’s devastating job cuts.

Speaking to the Senate Inquiry into Media Diversity, Roger’s testimony detailed how women were denied pay rises and flexible work hours, and men were consistently promoted over women.

‘Women are treated particularly badly and paid less purely because they are women,’ Rogers said, later adding that a picture editor told her ‘if I didn’t like my job, I could get a job at Maccas’.

In 1994 while working at The Australian, Rogers alleges staff photographers were told not to take pictures of ‘pigs in lipstick’.

‘During a news conference the (then) editor Paul Kelly indicated to the news conference staff that the Australian wanted to increase female readership,’ Rogers said in her submission. ‘His argument was that women buy women’s magazines and that they like to look at attractive women.’

News rooms and photojournalism has historically been a male-dominated industry. In Shooting The Picture: Press Photography in Australia, by authors Fay Anderson and Sally Young, a chapter dives deep into how photojournalism was a boys’ club and with this came workplace sexism. It details an unsettling testimony about one female photographer being extremely cautious of entering a dark room with a male colleague.

While Australian news rooms are now more diverse and much different environments, Rogers details that in 2011 she was again ordered by a picture editor for Queensland’s Sunday Mail to steer clear of ‘pigs in lipstick’.

Rogers said News Corp’s culture, which was ‘extremely derogatory to women’, had a negative effect on Queensland society due to holding a media monopoly.

‘To keep my job, I had to apply this test which meant that women who were over 35, were overweight, were not photographed for the paper,’ Rogers said. ‘While employed at the Cairns Post 2011 to 2020 I was encouraged to take photos of attractive young women, with instructions such as, “Get a photo of a yummy mummy”. Or “get a photo of a pretty tourist”.

‘Again, there was the explanation that a photo of an attractive person would get a better run in the paper. I feel that this emphasis on the appearance of women has diminished the chance of being treated equally to men in the media. There was never a direction to get a photo of a “handsome man”. I believe this emphasis on women’s looks has fostered sexism in our society. As a woman working in the media, the emphasis on the appearance of women made me feel compromised and uncomfortable.’