For the last few years, handsomely-paid executives at mainstream mastheads across the country have continually rolled out cost-cutting measures, resulting in a purge of important jobs that work to create a high quality product. Some of the most damaged are photography departments, as the likes of Fairfax and News Corp lean toward freelancers or cheap’n’nasty solutions such as stock agency photos, journos armed with smart phones, or user-generated content. 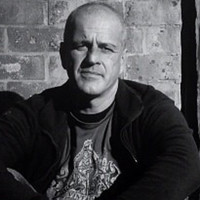 Mick Tsikas, a Canberra-based Australian Associated Press photojournalist, described to Inside Imaging the current trend as the ‘casualisation of news photography’.

‘They’re (mainstream media publishers) cutting into the bone now, and are going to kill the patient. Yet there’s contributors at The Australian who are paid a quarter of a million a year for writing a couple articles per week, while photographers are on $70-$80,000. Just imagine what some of those top executives are getting. It’s a joke.

‘Yet we’re living in a visual age. The internet is a visual medium, so I’ve never understood why we’re cutting the visual people. People read less, and look at photos more.’

In June, News Corp Australia axed the job of its last remaining Canberra-based press gallery photographer, Gary Ramage. A spokesperson told The Guardian that the multiple Walkley-Award winning photographer would be replaced by freelancers. This now includes Gary himself, who News Corp shamelessly invited back to contribute on a freelance basis to its new newswire service, NCA NewsWire. (Ramage is unable to comment on the incident, but he’s going to give freelancing a good crack for the next 12 months. ‘I am still as passionate about my photography as I was when I first started in the industry,’ he said.)

Since Mick joined the Federal Parliament Press Gallery in 2015, the number of photographers has roughly halved from around eight to just four.

‘It’s hard to understand because politics is a news organisations’ muscle. It’s their strong arm, and you’d think they’d reinforce it with lots of coverage. This NCA NewsWire hires freelancers and looks like a casualisation of photography. They don’t want to buy gear, pay sick leave and holidays, superannuation and all that.’

Not only are there fewer photographers than ever in Canberra documenting the goings-on and keeping politicians accountable, but News Corp has even begun sourcing free ‘propaganda’ photos from Adam Taylor, the Prime Minister’s official photographer.

Mick said the one instance where a news outlet should source a politicians’ official photo is when there is restricted access to a historical moment. For instance when US President Barrack Obama’s official photographer, Pete Souza, captured the president in the Situation Room as a raid was executed on Osama Bin Laden.

By contrast, Mick has a reputation among his subjects in Canberra for capturing them in an unflattering fashion. The Walkley-Award winning photographer has filed tens of thousands of images for AAP, including moments of political glory. He doesn’t go looking for ‘gotcha’ moments – they often walk right in front of his lens. Like in 2015, following numerous gaffes, Tony Abbott posed directly under a shop sign saying ‘The Reject’.

‘I let the camera do the talking, I’ll leave it at that. I take all kinds of photos, the good and the bad, but it’s our subscribers who decide what they want to choose.’

Unlike carefully curated photos by the PM’s photographer, Mick explains press photographers don’t have an agenda and strive to be free of bias. ‘The photographers are totally independent people, who capture things as they see it. It might be Scott Morrison looking heroic, or looking shifty.’

Mick’s grateful to still have a full-time job. Earlier this year AAP’s former majority owners, Nine Entertainment (Fairfax) and News Corp, no longer wanted to subsidise the newswire service as it provided breaking news content to competitors. Mick compares it with the Soviet’s WWII Scorched Earth Policy to destroy anything that may be useful to the enemy.

‘Commercial media is being decimated. Ad revenues are falling through the floor, and that’s why News Limited decided to roll out a “scorched earth policy” and burn AAP to the ground. AAP’s smaller subscribers, like The Guardian and Daily Mail, were taking eyeballs away from News Limited.’

‘I was about to be made redundant on March 27, until I was saved. I was saying to myself, I’m not going to be a casual news photographer. I couldn’t survive, I’d be better off at Bunnings. There’s going to be 40 dogs on one bone. I was going to walk away from press photography, it wasn’t going to be viable.’

A casual freelance news photographer can average around $400 per day, Mick says, with maybe two secure days of work per week. While $800/week is above the poverty level, there isn’t much left after factoring in expenses. The gear alone costs $30,000, then there is maintenance, insurance, daily travel expenses, and so on. On top of that, there’s no guarantee of work, and assignment may be rejected. Superannuation? Yeah right.

On the eve of AAP shutting, philanthropists came together to acquire the newswire service. While roughly half the jobs were cut, there are around 80-90 positions remaining and Australia now has an entirely independent newswire service. It’s free from the shackles of board members who throw around their weight, and geared to become a not-for-profit organisation.

‘Philanthropists decided it’s important for democracy and for a society to have a free news wire. One without bias and free from editorial decisions,’ Mick said.

AAP secured funding for around three years, but Mick’s overall assessment of the damaged Australian press photography sector is bleak. He feels for the casual freelancers, especially during the pandemic. It’s tough to generate a viable income, and most practitioners are middle aged and in the later stages of their career, with an established network of contacts. With dwindling opportunities and financial incentives, it will require either bravery or foolishness to pursue a career in a damaged and dying industry. And in the long run, if these job cuts continue, the ‘informed Australian’ may not be so informed by relying on traditional avenues for news.

‘What was going to happen in two or three years’ time, is happening now because of Coronavirus. BuzzFeed Australia has closed down. So has 10 Daily. And no one is spending any money. We won’t be sent out to do as many assignments, on important stories such as the Murray Darling. It’ll have to be cheap and quick.’