R3 and Z 9 are cheaper in Australia!

Australian pricing for two flagship full-frame cameras, the Canon R3 and Nikon Z 9, is cheaper compared with many other countries, suggesting the dreaded ‘Australia tax’ may be a thing of the past. 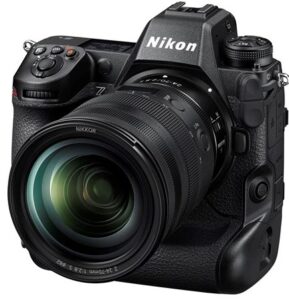 Years ago many new product releases would include local pricing that was far higher than other western countries like the US or UK. A local RRP could be as much as 30 percent higher than the US MSRP. Inside Imaging and others dubbed this the ‘Australia tax’ – an added cost beyond GST that made local buying less attractive.

In 2012 Inside Imaging interviewed Canon Australia’s then-Consumer Imaging general manager who attributed the ‘Australia tax’ to the higher cost of doing business here. (Distances, lower economies of scale, overheads such as leases and salaries.)

Over the years pricing stabilised and balanced out to the point where Inside Imaging stopped routinely comparing prices – although last year the Canon R5 was noticeably cheaper in the US, raising concerns Australia was slapped again with inflated prices.

Nukeni is a new Japanese-based website that aggregates geographical price data of various photography products. While Amazon pricing is used to compare most cameras, for two new major releases – Canon R3 and Nikon Z 9 – Nukeni compiled the launch price set by the manufacturer.

Nukeni compiles the list using US dollars, so we’ll continue with this and convert it to Australian dollars in brackets.

The cheapest R3 comes from China, where it’s US$5782 ($7823, around around $800 cheaper). Despite quite a substantial price difference, China’s market is a different beast to Australia and differences in wages and cost of business may help explain why it’s cheaper there.

The only ‘western’ English-speaking market where the R3 is cheaper is the US, priced at $5999 ($8116). Although this doesn’t include sales tax, which when added makes the R3 more like $6688 ($9049). So according to Nukeni, Australia is the cheapest Western country to pick up an R3 – especially if your ABN allows refund of the GST!

Inside Imaging scanned local retailers for street pricing, and found the R3 available in Australian dollars at $8398 and $8599. This is more attractive than buying the camera from US giant retailer, B&H, where it costs US$6736 ($9110), which includes shipping and GST.

As for Nikon’s Z 9 body, it’s also darn cheap in Australia compared with other countries, but not quite as competitively priced as the R3.
Australia comes in ninth on the list, with it priced at US$6659, matching the Australian RRP of $9000.

Street pricing has the Z 9 matching the RRP at $9000. It can however be pre-ordered from B&H for US$6181 ($8355). This shows that Nukeni’s data accurately reflects the real street prices.

Here are lists of other cameras, based on Nukeni’s surveying of Amazon pricing.