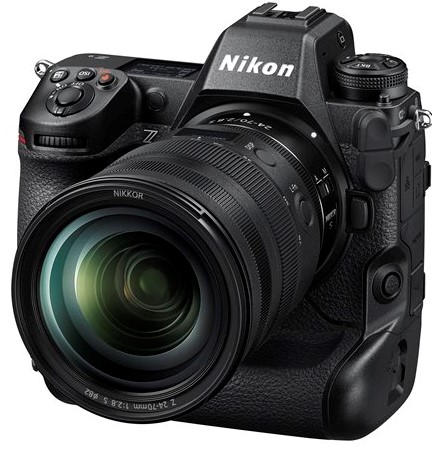 With the world’s fastest image scan rate, the Z 9 has the least rolling shutter distortion, according to Nikon, ‘equaling that of a mechanical shutter’. This means actions like a fast-moving golf swing that would typically distort the club can be captured confidently with the electronic shutter, even at 1/32,000 second. It also allows users to shoot massive quantities of shots without worrying about shutter wear or breakdown.

The camera’s Subject Detection capability detects  nine subject types including humans, pets, birds, airplanes, trains, cars, motorbikes and bicycles. When in Auto-Area AF, any of these subjects will automatically be detected and focused on, without the need to change settings.

With Eye-Detection AF, the camera can detect and focus on a subject’s eye more effectively even when eyes are smaller or further away.  Additionally, a custom function will now also let users change the color of the focus point to green to confirm focus.

3D-tracking has been brought over from Nikon DSLRs and is coupled with subject detection to track fast and erratically moving subjects such as a racing car that approaches close and then moves away quickly, or a swiftly moving athlete.

The Z 9 also offers three Dynamic-area AF modes with a new range of focus-area sizes (S/M/L) for capturing a wider variety of moving subjects throughout the frame.

Photographers can shoot 20 fps RAW images with an unprecedented 1000+ image buffer. It can shoot full resolution JPEGs at 30 fps, while for extreme speed, High Speed Frame Capture enables up to 120 fps with full AF/AE at an 11 megapixel file sizes, freezing a moment that cannot even be seen with the naked eye at a higher resolution than 4K video. ).

Truly blackout-free shooting is possible thanks to Dual-Stream technology which simultaneously feeds information to the Real-Live viewfinder/LCD and memory card, resulting in reliable confirmation of a subject’s movement without skipping or repeating frames in the viewfinder. 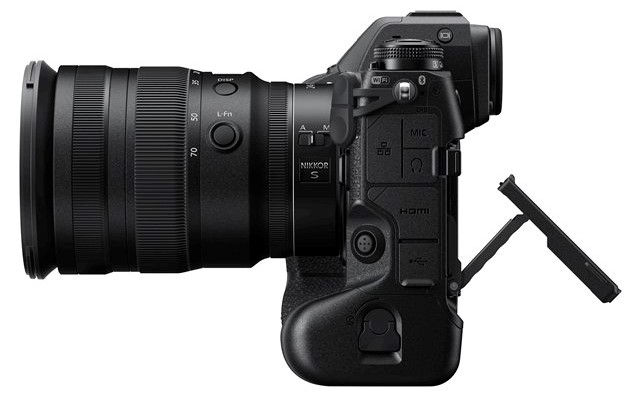 The Z 9 introduces High Efficiency RAW, which retains the same level of high image quality as the conventional uncompressed RAW in an approximately 1/3 smaller file size, making RAW files easier to handle than ever.

Speeds of up to 1/32,000 are possible with the electronic shutter, expanding the opportunities to use fast lenses, letting photographers shoot wide open in brighter light, even at f0.95.

The body features an integrated vertical grip and controls, while the durable magnesium alloy chassis has drip and dust-resistance equivalent to the D6, yet is 20 percent lighter.

The new four-axis 3.2-inch touchscreen LCD tilts both horizontally and vertically for shooting at any angle in any orientation. The interface will also adjust automatically to the appropriate orientation while shooting stills.

For better visibility through the viewfinder in bright sunlight, the Z 9 is equipped with ‘the world’s brightest Quad-VGA panel’, adjustable to 3000cd/m2 (nits).

Vibration Reduction image stabilization has been enhanced to achieve ‘up to 6 stops of compensation with compatible lenses’. 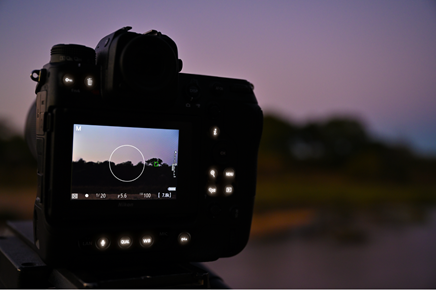 The Z 9 includes both an electro-conductive coating and fluorine coating to repel dust in front of the sensor, in addition to a sensor shield that protects the sensor when changing lenses.

For work in low light, the new ‘starlight’ mode enhances the camera’s ability to focus down to a very dim  -8.5 EV, while illuminated buttons help astrophotographers and event or concert photographers change settings in the dark.

With no mechanical shutter, shutter release sound can be turned off entirely if preferred. 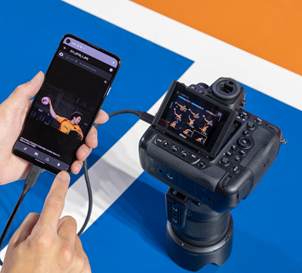 NX Mobile Air is a smart device app for managing and transferring images when working in the field. The new app will be compatible with many of the most current Nikon cameras, and will allow users to have a wired connection to their phone or device from the camera for fast wireless image transfer to an FTP server over a 5G cellular signal. Additionally, the app will support the transmission of IPTC, voice memos and more. The app will be available either as a free version or as a monthly subscription with enhanced capabilities.

NX Tether is free software to enable tethering of Nikon cameras to instantly display captured content on a computer monitor. This software is an easy way for commercial, food or studio photographers to visualize their output for client review in real time. The software will work via USB or wirelessly, and will collaborate seamlessly with the current suite of Nikon software including NX Studio.

Even if you haven’t fully subscribed to the ‘the sky is falling’ theories about Nikon, it’s still fair to say that the Z9 is an important camera for the company. Its Z6 and Z7 models have been very good, and the Z5 provides a very affordable way into the Z system, but what’s been lacking is a real ‘halo’ product. The Z9 clearly plays that role: both to convince professional shooters that there’s a future for them in the Z mount, and also to provide a little sparkle that can shine down on the rest of the lineup. – Richard Butler, DPReview

The Nikon Z9 sees Nikon’s mirrorless cameras take an impressive jump forward to match flagship rivals from Canon and Sony. The Z9 feels like an indestructible DSLR, but inside are innovative features like advanced AF tracking, 20fps raw burst shooting, 8K video and an electronic-only shutter. We also like its new two-way tilting screen. It’s a shame some video features won’t be available until a firmware update in 2022 and we need to give the Z9 some real-world testing, but it has the potential to be a modern-day Nikon classic.  TechRadar

Nikon and the Z9 are without question the comeback story of the decade in the camera industry. There is a new top dog, and for Nikon, it’s a return to a seat that the company has not occupied for some time. Canon and Sony will see what Nikon has done and have to work just that much harder. Sony won’t just sit idly by as Nikon surpasses them, and neither will Canon. The race is back on, and I could not be more excited.  Jaron Schneider, Petapixel