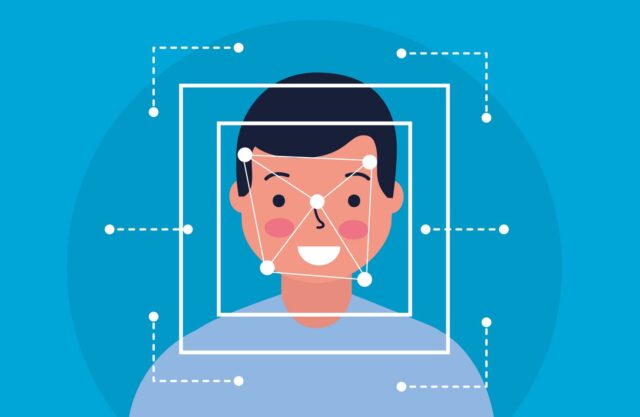 Facial recognition is insinuating itself into everyday life as it becomes more advanced. In photography, some high-end cameras use AI facial recognition features to lock autofocus on faces, eyes, and animals.

Event and high volume photographers are constantly on the hunt for methods to speed up the workflow process, with image categorisation and delivery proving a tedious task. For photographers working in these sectors, facial recognition and object detection has the potential to automate several time-consuming tasks by identifying and matching subjects.

Adobe is by far the largest professional photography software company working on AI and facial recognition. Since 2015 Lightroom Classic has had a facial recognition feature to detect faces in a set of images. While users have reported it’s great for finding faces, there have been complaints it cannot accurately match faces across several photos. One photographer ran a test in 2019 to track down images showing a seven-year-old white girl, and it returned matches showing people of both genders, numerous skin tones, and across the entire age spectrum. It even matched with a dog, an image of a fence, and grass.

If this photographer’s test is an accurate representation of Lightroom Classic’s Facial Recognition, then photographers are better off looking elsewhere for more advanced software.

Elementice, for example, is an Australian tech start-up dedicated to developing photography workflow solutions. It’s on the verge of a release that includes facial recognition among other tools to automate and streamline various tasks.

‘We have photographers who shoot sporting events or dinner functions on the weekend,’ Peter Presneill, Elementice founder, told Inside Imaging. ‘They send out a registration link to attendees before or after the event, with a note informing [them] that they can locate their personal images simply by taking a selfie.’

The photographer enables the Elementice facial recognition feature, which automatically matches images to the attendee’s selfie and delivers a personal image gallery of event photos within seconds. Additionally, object detection can perform a similar function by scanning photos for a unique feature. At sports events, for example, this could be a jersey or bib number worn by an athlete.

Several companies offer similar software solutions, however Inside Imaging‘s research returned mixed reviews. Most criticisms from photographers and customers are aimed at the shortcomings of facial recognition. Imperfect automation may prove more of a headache than manual systems. Until the software can consistently return a perfect match, it looks like photographers can’t fully rely on AI to handle the task.

Peter says Elementice isn’t going to release a half-baked facial recognition tool, however he’s honest about how difficult this is to do and this may explain why this technology hasn’t yet had a big role in event/high volume photography.

Inside Imaging readers may be familiar with Elementice from our October 2019 coverage of the Walker. The Elementice Walker is a battery-powered device mounted to a event photographer’s camera, which uses a barcode/QR code scanner to categorise and distribute image galleries while shooting an event. For instance, if attendees are wearing a lanyard at an event, a photographer can shoot pictures, scan their lanyard barcode, and automatically and instantly deliver an online gallery of images. Elementice has distributed ‘hundreds’ of Walker units to event photographers across Australia, Canada and the US, where it recently formed a partnership with workflow platform, Fotomerchant, to reach more customers in the high-volume industry.

Facial recognition is a new feature developed after photographers requested a system that allows event attendees to pre-register through Elementice software. When the pandemic hit, the start-up doubled down on facial recognition as it’s a contactless, Covid-safe alternative to scanning barcodes.

Peter explains that facial recognition is an opt-in feature for event attendees. Other AI-powered features in the start-up software’s box of tools are a filter for blinking eyes or pictures where a flash is or isn’t used, and automating basic post-processing like exposure adjustments.

For photographers using Elementice, facial recognition is a complementary feature to ‘enhance the guest experience’, rather than revolutionising the way photographers work.

‘One of our photographers has been dabbling with facial recognition for a couple of years now,’ Peter said. ‘He has been paying his own developers to try and come up with a solution for school photos and group naming. Facial Recognition is awesome – it can detect the face. But how you interpret that face to make it useful for you in different types of photography – that’s where you start to have problems.’

Facial Recognition is available to software developers as an Application Programming Interface (API), and it’s able to accurately provide data about a face. ‘But that doesn’t mean anything until you write that additional code to interpret and make it useful,’ Peter explains.

‘For example with school photos, there is only one face. It’s really easy to say “yes, this is that person”. But as soon as you get into sports photography, there is the pitch and yaw of the face and it’s about making sure there aren’t false positives, or incorrectly excluding someone because the confidence rating isn’t quite right.’

So facial recognition has to work in scenarios where an individual isn’t directly facing a camera, or may look different across a series of pictures due to facial expression or shooting conditions. And things are further complicated in environments where there are numerous subjects in a crowded area.

‘Who is the actual subject of the photo – is there just one subject? Because a photo of people climbing over each other – they’re all part of it, but there will be bigger and smaller faces and then people in the background,’ Peter said. ‘So how do you contextualise the image to make the facial recognition useful.’

Trevor Connell, operations manager of photography company, Eventpix, is an early adopter of Elementice and helps them test products. At the end of last year, Eventpix shot a school formal and had an on-site studio where they ran facial recognition trials.

‘Next to the studio we have a QR code on a poster and a ring light,’ Trevor said. ‘Guests scan the QR code, which takes them to a registration site. They put in their details then use the ring light to take a decent selfie,’ he said. ‘Then when the first photos are taken in the studio the guest receives an SMS with a link to their private gallery – this includes the photos taken in the studio and the arrivals, and then any following that.

‘We did a group photo of 200 kids – the facial recognition found them in the group photo and added that to their gallery. It’s actually too good. When I went through the arrivals’ shots, I realised that photos were landing in galleries when the kids were in the background.’

So Elementice has to find that sweet spot, where the facial recognition technology can identify when to exclude a subject who is in the background, and to differentiate the other nuances where faces appear as different sizes. Nonetheless, Trevor was impressed.

‘Facial recognition is good if a parent is willing to upload their child’s face, or if the school will allow it. A lot of schools still won’t do that, especially the more elite schools that are super privacy conscious. Until we’re able to get the faces and names, I don’t see how it’s going to drive the schools high volume industry. It certainly works for sports, but schools are skeptical of it.’

Peter believes that scanning barcodes/QR codes is a more efficient method for cataloguing and delivering images for most event and high volume jobs.  But AI-powered facial recognition is an emerging technology, and in years to come it may have the potential to change the way photographers work.