Something fisheye going on
A 4mm/f2.8 lens for around $400 – how can it be possible? It seems that barely a week passes without one of the new legion of (mainly Chinese) lensmakers announcing a product which would have in the past seemed a miracle of optics (for the price) and the latest is Venus Optics’ Laowa 4mm f2.8 fisheye. 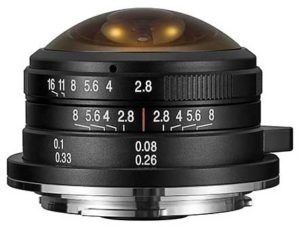 The lens has actually been available for Micro Four Thirds cameras since 2018 and is now offered in Fuji X, Sony E (APS-C) and Canon M variants. It delivers an extremely fisheye-looking circular perspective, with an ultra-wide 210° angle of view. A full 360Photographers can take advantage of the dramatic field of view to capture more than what your eyes can see. A full 360° panorama can be achieved in two frames. It’s also suitable for VR and drone photography.

We don’t bother reporting on all these new out-there optical options, but Laowa actually has Australian distribution and stockists: https://laowa.com.au/ – although this model doesn’t yet appear in the Loawa Australia range.

Laowa has also confirmed it is working on a new range of ‘Argus’ lenses with an f.95 maximum aperture.

Lightweight, low(ish) cost 45mm from Hasselblad
Hasselblad has announced the XCD 4/45P a new 45mm lens for its X1D/X1D II cameras which it says is ‘the  lightest digital medium format autofocus lens on the market today’. In the world. Needless to say, Hasselblad is ‘extremely proud’.

It delivers the equivalent of a 35mm lens on a full-frame body, and has a maximum aperture of f4. Weight is just 320g and it is 47mm in length. It has a minimum focus distance of 35cm and  maximum image scale of 1:5.2., the XCD 45P is even suitable for food or still life photography. The built-in leaf shutter allows for flash synch up to 1/2000 sec.

The new lens has a US price of $1099 and it will begin shipping in the next few weeks.

Manfrotto moves into into memory
In the past five years of so Manfrotto has moved from being a dedicated tripod and light stand manufacturer into all manner of things photographic, including camera bags, lens filters and even smartphone accessories, and now it’s in the memory business as well, with a range it claims is the strongest on the market. 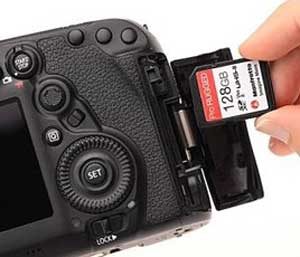 The SD cards can remain underwater for up to 72 hours without damage – a lot longer than the average washing machine cycle! They are made from a solid piece of buffalo bone, hand-carved by artisans in Manfrotto’s factory in Cassola, Norrthern Italy. (A solid piece of moulded plastic actually, but Manfrotto does have a factory in northern Italy.)

No local pricing as yet – the cards aren’t listed on the Manfrotto Australia website – but looking at the US and European prices, they will not be inexpensive.

No new Canon EF lenses planned
In another sign that the DSLR era is coming to a close, Canon Europe has told British photographers’ website Digital Camera World that there are no plans to develop any new EF-mount lenses.

‘As you know, last year we launched the RF mount and EOS R system. To date we’ve launched ten critically acclaimed lenses, and as it’s a new system we plan to continue this, launching more RF lenses while still fully supporting the EF lens system. And of course, should the market demand it, we are ready to create new EF lenses. But for now, our focus is on RF.’

There is a plethora-and-a-half of Canon EF lenses on offer, so it’s not as if Canon DSLR photographers are disadvantaged. But with RF users Canon’s new besties, firmware updates to take advantage of new digitally-deliverable capabilities could be a point of contention going, as they say, forward.