Photokina kicks off next week, and with a lot of exhibitors – camera companies in particular – pre-announcing or less formally leaking new product rumours, PhotoCounter has put together an overview of definites and probables to be rolled out next week: 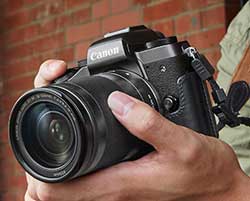 Canon will definitely be showing a new mirrorless model, the EOS M5 at Photokina.  The Japanese website Nokishita has already published photos and specs for the new camera

It has a 24-megapixel APS-C CMOS sensor, with dual pixel autofocus, more touch autofocus points than any other camera, Digic 7 image processor, 7fps continuous shooting (9fps in live view), an ISO range of 100-25,600, Full HD video recording at 60fps, 5-axis image stabilisation, and NFC and Bluetooth connectivity. US price is US$980, body only. Click here for more details.

Fujifilm
With a press conference scheduled for Monday September 19, there’s strong speculation that Fujifilm might announce a medium format X-series mirrorless camera. Along with three lenses, apparently – two primes and one zoom.

The Fujifilm medium format camera will have a DSLR style and its price – maybe US$6000 – will be competitive with the Hasselblad X1D. It might have a 50-megapixel sensor.

On the consumer front, Fujifilm has announced a monochrome version of its Instax mini film.

GoPro
The somewhat beleaguered GoPro has a media event scheduled in the US coinciding with Photokina at which it is expected the Hero 5 will be announced, with capability to capture 4K video. At 30fps. Other leaked specs include touch screen navigation, waterproof-‘ness’, voice control for basic functions, GPS, 12-meg stills, RAW shooting (.dng).

The long-awaited GoPro drone, the Karma is also to be announced next Monday, September 19. Few leaked specs except that the drone will possibly be sold without a camera. And at a guesstimated price of US$500, that makes it an expensive unit at a time when DJI and others are offering drones with camera for around US500. 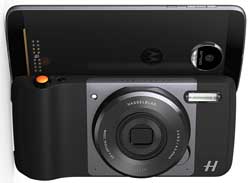 The medium format king expands into new territory, partnering with other companies with what it is calling the 4116 Collection (’41 being when Hasselblad started and ’16 being, well, now!)

One of those partnership is with Motorola, with whom Hasselblad has created with Hasselblad True Zoom – a 10x optical zoom module compatible with the ‘Moto Mods’ concept. The lens module snaps on to the Moto Z smartphone using magnets. It offers a physical shutter and a Xenon flash, making it easy to capture detailed images in any environment.

The ‘Hasselblad True Zoom’, which was designed by Hasselblad in Sweden in collaboration with Motorola in Chicago, delivers superior images and excellent ergonomics for superior handling and control. The optics and imaging process have been optimised by Hasselblad engineers. The mod allows users to shoot Raw images which can be edited using Hasselblad’s Phocus software.

Hasselblad has also teamed up with Swiss precision medium format camera maker ALPA, providing access to Hasselblad’s technical documentation regarding their cameras and lenses. The partnership will enable optimised integration of all ALPA technical cameras with both Hasselblad digital backs from the H System and CFV as well as Hasselblad HC/HCD lenses.

With the Sofort, Leica enters the instant picture business using its own camera and Leica Sofort-branded Fujifilm Instax Mini film.

It offers a fair degree of shooting flexibility with modes such as close-up (also for selfies), Auto, Spots & Action mode for faster shutter speeds, Party & People mode for longer shutter speeds with flash, and double exposures. There is also some control of flash output, exposure compensation, and focusing distance.

It features a rectangular mirror on the front that helps frame selfies. 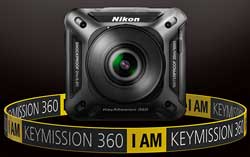 Nikon has been knocked about by the Kumamoto earthquake, so its probable that any planned new releases have been delayed.

However, the previously flagged KeyMission camera will be announced at a press conference, once again on Monday, September 19. In fact, rumour is there will be three KeyMission cameras – the 360-degree version we know about, plus a 170-degree camera and an 80-degree model which can be chest mounted.

There’s also been speculation of an advanced mirrorless camera with a larger sensor than the Nikon 1 series. Hmm…

Panasonic
Several cameras are rumoured. The more solid rumour is that Panasonic will announce a Lumix G80/85, a camera with a G7-like body and the GH4’s 4K video capabilities. Image stabilisation has been beefed up.

There may have been a briefing from Panasonic Australia on new models, but neither ProCounter nor PhotoCounter were invited, so we no nossink. (And after all, why should photo specialists and professionals want early information about new Panasonic camera releases?)

There’s been nary a peep out of Sony nor Pentax, which could mean they have nothing new to show – or they are going to surprise us.