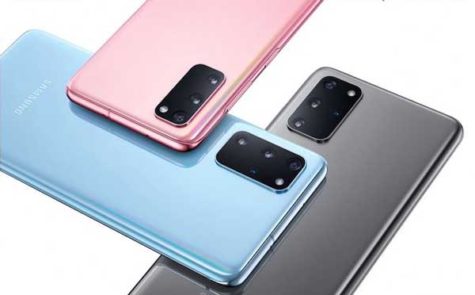 Whenever the big smartphone brands announce a new range of smartphones the headline-grabber is almost always around what the camera on the phone will do, and the latest release from Samsung continues the tradition of the phone makers out-speccing the camera makers. Not only that, – they are able to squeeze multiple cameras into those thin wafers of metal and plastic!

Samsung’s S20 series – coming in March – starts with two models (S20, S20 Plus) with a 64-megapixel camera specifically for telephoto images. Their main camera is 12-megapixels, with an f1.8 maximum aperture. There’s another 12-megapixel camera for ultra-wide shots.

The flagship, the S20 Ultra, has a primary camera with a 108-megapixel sensor; nine pixels are combined to produce 12-megapixel images Samsung says are the best yet from a smartphone. It also has a 48-megapixel camera combined with a periscope lens for telephoto shots (10x zoom) plus the 12-megapixel sensor for ultra-wide shots. Image stabilisation? Of course!

And what self-respecting flagship smartphone would be complete without the ability to shoot 8K video and pull 33-meg stills from the footage? 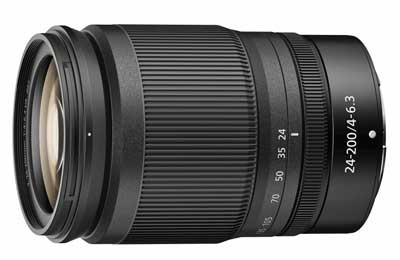 It features built-in image stabilisation, and weighs a fairly modest 570g. It’s compact in shape as well, at 77x114mm. Minimum focal distance is 50cm at 24mm and 70cm at 200mm, so it can serve as a close-up lens as well as an all-round utility optic. It’s sealed against dust and moisture, and has a fluorine coating to repel dust and dirt.

The programmable control ring is, by default, set to adjust manual focus, but can also be used to control aperture or exposure compensation.

For what it’s worth Nikon reckons the Z mount allows it to design lenses with larger lens elements to the rear, for superior balance and handling.

External SSDs coming of age
External SSDs, although having a lot going for them in terms of light weight, small size and no moving parts, have been slow to replace external hard disk drives primarily to do their higher cost, but that is slowly changing.

This is great news for photographers, as the higher read and write speeds of SSDs – when matched to the latest USB cabling –  are increasingly useful with high res RAW image files and 4K-and-above video.

Samsung has just announced the T7 Touch portable SSD range, with a price tag when it arrives in Australia starting from around $250-300 (judging from US and UK prices), and write speeds of up to 1000MB/s.

These transfer speeds are twice as fast as the current T5 range, according to Samsung, which also claims they are 9.5 times faster than external HDDs (using USB3.2 Get 2 technology.)

The Samsung T7 Touch also has a fingerprint sensor for data protection, in addition to password protection and AES 256-bit hardware encryption.

When it arrives here the Samsung T7 Touch will have capacities of 500GB, 1TB and 2TB. 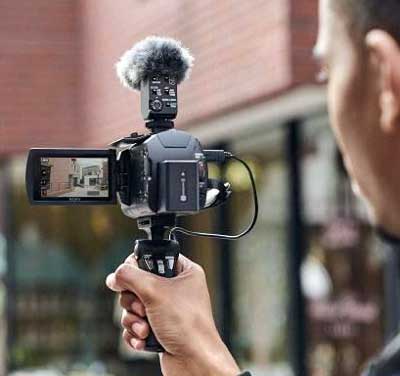 Sony has announced a new 4K Handycam, the FDR-AX43, featuring an in-built gimbal mechanism which Sony reckons will deliver steady footage ‘while walking, running or at full zoom’.

The FDR-AX43 will be available some time in the second quarter at an RRP of $1299.