The  first IPIC virtual conference took place August 19-26 this year, with a record number of members registering, a strong trade show component and no less than 64 sessions (most of them held in the wee hours of the morning here in Australia and New Zealand).

The 444, um, ‘virtual attendees’ made International Print + Imaging 2020 the largest IPIC in 6 years. 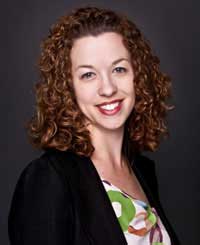 ‘We are thrilled at the level of participation from members and Supplying Partners,’ said Brenda. ‘Everyone came together to embrace new technologies being used in new ways. We were able to see everyone’s faces, which gave us the opportunity to learn, shop and network almost as well as in person.’

‘While it will never replace the magic that happens when we are all physically together in the same space, the success of this event has paved the way for future single-topic, more in-depth workshops and networking events until next July’s IPIC at Red Rock Resort in Las Vegas.’

She thought the complementary trade show component of the conference, held over three days,  was also a success for both vendors and members. ‘While we won’t have Third Quarter numbers for another month or so, we can say that some Supplying Partners experience significant sales volume over last year’s in-person event.

‘We did notice a high excitement level in new products, equipment and services being offered and we heard news of many of our members being up in sales over last year, which should translate to Supplying Partner purchases.’

With most of the more relevant sessions being held from around 2.30am ( East Australia Time) each night, Inside Imaging opted to ‘wait till it goes to video’- hence the slight delay in our reporting! IPI has kindly made session recordings available to us. (IPI members can also access them.)

‘The content will be live for another few months before being archived to our website, so people can still join IPI, register and watch all of the sessions,’ said Brenda.

For more information on IPI membership for Australians and Kiwis via local partner iPhoto, click here.

We kick off this week with the first General Session: Reinvention During COVID-19. IPI executive director Ron Mohney and president of Fujifilm North America’s Imaging Division, Manny Almeida, were the main speakers in this session and they provided some tips on how to get set up  for specialist photo retailing through COVID and its aftermath.

Ron Mohney  suggested that a preliminary step is to reassure customers with a ‘virtual tour’ of your store outlining ‘what you have done to take care of people.’

He emphasised the unarguable fact that a business’ website is now more important than ever, and that it’s important to ‘make sure you have all the personalised products on offer’ as well as the more standard photographic print products.

He said that with the amount of down-time people around the world have been experiencing, some at least have been getting their image collections in order, so that archiving is emerging as a growth area. ‘It’s huge,’ he said.

Ron suggested that IPI members should look at what bigger retailers are doing in response to Covid and lockdowns. A fundamental change has been the move to online purchasing, of course, and along with that a greater acceptance of pre-payment for goods and services.

Retailers need to get an effective pre-payment system  in place as ‘it’s likely to stay with us after lockdowns are gone’. 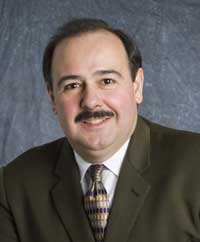 Fujifilm North America has been an active, long-term supporter of IPI specifically and specialist photo retailing more generally, underscored by the fact that the president of the Imaging Division, Manny Almeida (pictured right) was keynote speaker at the first IPIC 2020 session.

He commenced by observing that while unemployment in the US had shot up to 10 percent from 3 – 4 percent last year, the fact that the economic impact was being driven by medical rather than economic conditions might see a faster recovery than in previous economic downturns.

‘The good news is that our industry has always had a unifying force – the love of creating lasting memories for our customers in order that they can share important times in their lives,’ he said.

He noted that photo retailing was no stranger to major disruption, harking back to the threat posed by minilabs in the late 70s. ‘Our industry was in turmoil but would go on to grow,’ he said.

He made the observation that, ‘The money always comes back after a recession, it just comes back in a different place.’

Fujifilm’s research indicated that ‘the majority of consumers are spending the same or more on cameras and photo than they were  pre-Covid.’ The most fundamental change has been a move to Buy Online Pick Up In Store (BOPIS).

‘BOPIC now accounts for 8 in 10 purchases, and one third of those doing it started after the Covid impacts, so its likely to grow.

Fujifilm research indicated that since Covid, most consumers are spending more time looking at photos, and many are taking more more pictures. ‘The most engaged are getting more engaged,’ he said.

He emphasised that the consumer for photo was changing, perhaps best illustrated by the success of Instax, which he said accounts for a third of sales in the US. ‘These are different customers who access ordering differently and value images differently.’

He said it was important to not only offer consumers the products they want, but also in the manner they want.

He was concerned that Covid may render kiosks increasingly irrelevant. ‘Post Covid one of our concerns is, will consumers want to touch a kiosk? Many say “No”. They are tethered to their mobile devices and that’s how they want to order,’ he said.

Meanwhile, some things remain more the same than different, such as the imperative to compete against mass merchants by differentiation rather than price.

‘We know you can’t make a living selling 9 cent prints – no-one can – but you can if it’s  a 79 cent print on a different surface, with great customer care and differentiated packaging.

He said introducing new services was also critical. ‘Many of you have mentioned archiving as a way of keeping revenue coming in. Keep in mind that prints did not dry up. They shifted to more of a no-touch, mail to home model’ – and specialist retailers should take advantage of that.

‘Also many of you have started producing lawn signs, banners, face masks and other products

with higher value and higher margin.’

Towards the end of his presentation Manny Almeida made a point of assuring the audience that Fujifilm remains committed to continued manufacture of photographic paper.

‘It would be fair to say that photo is a very small part of our business but we are still committed to the photo industry and more specifically the manufacture of colour negative paper,’ he said, with one manufacturing plant in the US and another in Europe, and no capacity issues.

We will cover more sessions of IPIC 2020 in the coming weeks.