Winners of the 2019 National Geographic Travel Photo Contest have been announced, with Chinese photographer Weimin Chu taking the grand prize for his photo Winter in Greenland.

‘Upernavik is a fishing village on a tiny island in west Greenland. Historically, Greenlandic buildings were painted different colors to indicate different functions, from red storefronts to blue fishermen’s homes—a useful distinction when the landscape is blanketed in snow,’ Chu writes in his image description. ‘This photo was taken during my three-month, personal photo project to present life in Greenland.’

Chu, who took out the Cities category, wins US$7500 and will be featured on National Geographic’s Instagram page.

‘It felt so harmonious,’ Chu said. ‘The whole land was covered by white, cold snow, and the blue tint at dusk made it even cooler. But the light from the windows, street lights and the family of three made the world warm again. I love the contrast and mood of this scene.’

The two other categories are Nature and People. Australian photographer, Scott Portelli, came third in the Nature category for his photo Dusky Dolphins.

‘Dusky dolphins often travel together in great numbers in the deep canyons of the Kaikoura, New Zealand in search of food,’ Portelli writes in the image description. ‘They glide through the ocean effortlessly, coming up only to breathe. Dusky dolphins are fast and will often keep pace with a speeding boat.

‘I waited on the bow of the boat as the Dusky dolphin almost broke [through the surface]. Their elegance and streamlined bodies are built for speed and maneuverability—accentuated by the smooth, clear water of the New Zealand coastline.’ 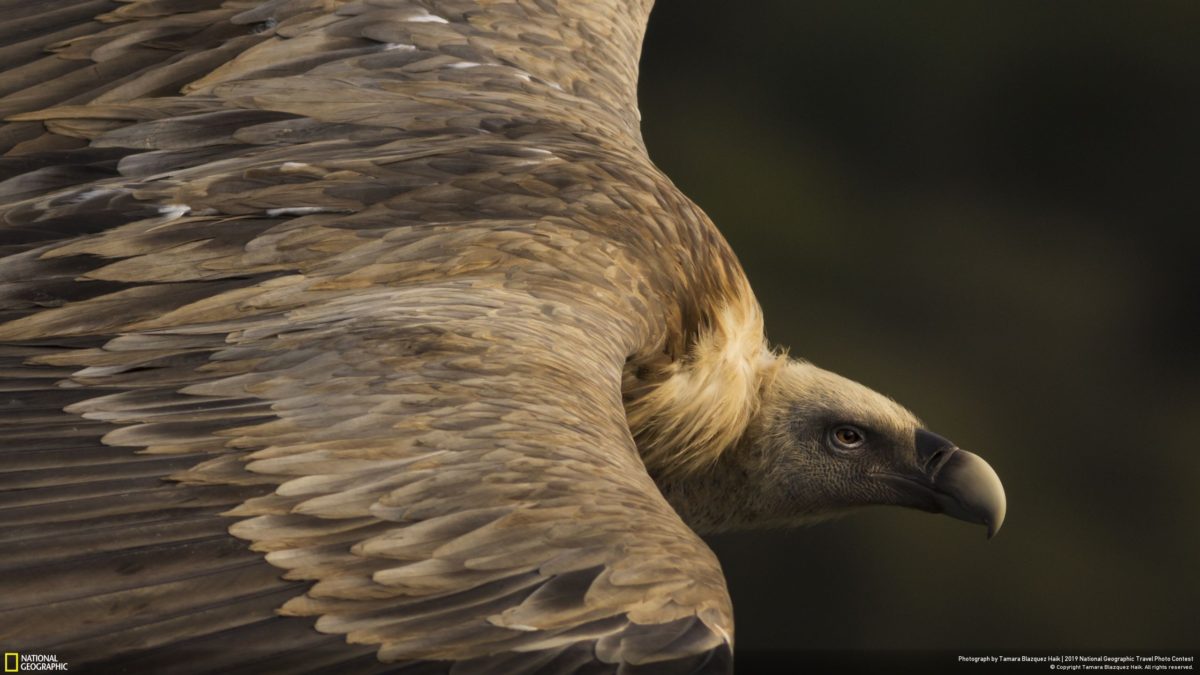 ‘A gorgeous griffon vulture is seen soaring the skies in Monfragüe National Park in Spain,’ Haik writes in her image description. ‘How can anyone say vultures bring bad omens when looking at such tenderness in this griffon vulture’s eyes? Vultures are important members of the environment, as they take care of recycling dead matter. Vultures are noble and majestic animals – kings of the skies. When looking at them flying, we should feel humbled and admire them.’ 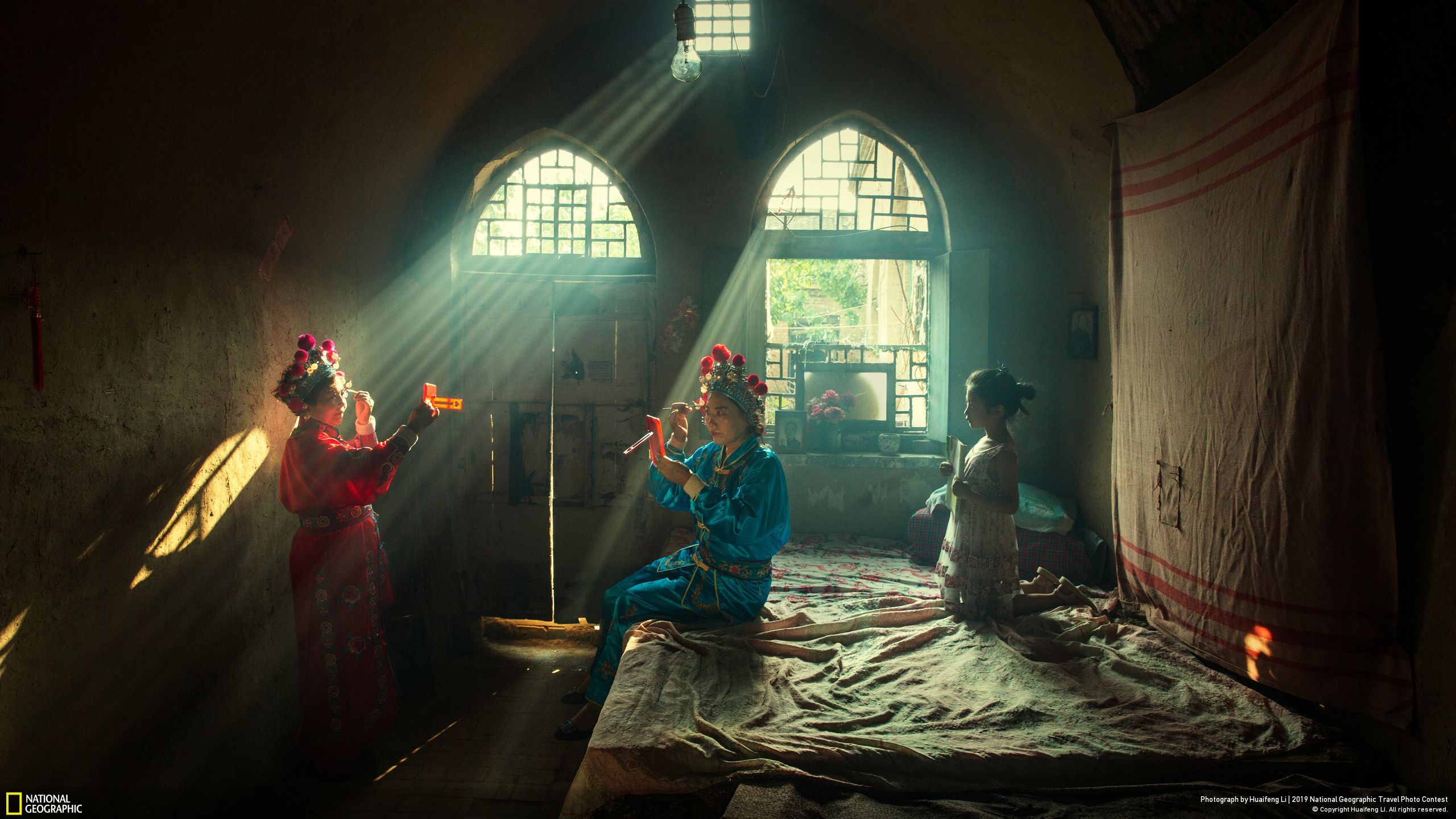 Photo: Huaifeng Li.’Actors prepare for an evening opera performance in Licheng County, China,’ writes Li. ‘I spent the whole day with these actors from makeup to [stage]. I’m a freelance photographer, and the series “Cave Life” is a long-term project of mine. In China’s Loess Plateau, local residents dig holes in the loess layer [to create cave living spaces, known as yaodongs] and use the heat preservation properties to survive cold winters.’

Here’s a gallery of other winning images.

The 2019 Travel Photo Contest is open for six weeks, with entry fees starting at US$10 in Week One, increasing US$5 per week. The final week costs US$35 to enter.

The total number of entries is unclear. But the contest received around 380 entries (yep, we counted) just on May 3, the final day – generating over US$13,000.

National Geographic handed out over US$20,000 in prizes, so it’s safe to say the contest is a nice little earner as well as a valuable PR asset.