As travel photography has exploded in popularity, a growing divide has emerged between what’s considered an authentic, original image – and what is not.

Some travel photographers adopt a reportage style that’s bound by a strict code of ethics, while others lean toward a commercial portraiture approach that permits paying a ‘model’ to pose or perform. 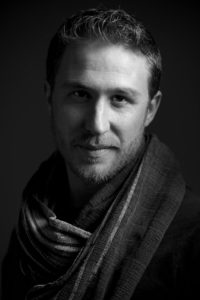 Etienne Bossot (right), founder of photo tour company Pics Of Asia, is passionate about promoting authentic travel photography. He believes the essence of travel photography is finding something new, exciting and authentic to ‘convey a sense of truth’ about a destination.

‘Travel photography, and photography, in general, is not to blame for the rise of unethical behaviour we have witnessed over the past years,’ he told Inside Imaging. ‘I think this has more to do with the “me, me, me” attitude that social media has exacerbated.

‘Instead of travelling and taking photos to capture memories and have fun, a lot of emerging photographers now hit the road so they can capture “the” shot that will make them famous.’

Etienne moved to Vietnam from France 12 years ago. He started Pics Of Asia in 2011 to take guests off the well-trodden path and teach them to develop skills in challenging conditions.

He’s recently written about ethical travel photography, after claims emerged that the winning photo of the US$120,000 HIPA Award was staged.

The photo shows a Vietnamese villager holding her teary-eyed child while she looks hopefully into the distance. Contest organisers said the villager, who has a speech impediment, evoked ‘a sense of strength for her children’ and the photographer, Malaysian Edwin Ong Wee Kee, captured an ‘intense humanitarian moment’.

Then comes the bigger picture – numerous photographers crowded around her taking photos. The ‘intense humanitarian moment’ doesn’t feel so powerful anymore. Was the villager staring deeply into the horizon while contemplating her child’s future, or looking painfully at another photographer as her young one’s cooing is drowned out by shutter clicks? Who knows!

‘Because photography is now more competitive than ever before, a lot of photographers feel pushed to take shortcuts and do anything they can to capture an image that they think will change the deal for them,’ Etienne said. ‘And I don’t think we can blame them for that. If you are a starving artist, you may be tempted to do things that will bring you quick bucks.’

To Etienne, the HIPA incident is representative of a continuous cycle that inhibits creativity among travel photographers. The photo won an outrageous US$120,000 – more than enough to inspire copycats to go out looking for their own ‘humanitarian moment’.

‘Imagine a young emerging photographer who wants to make a living from travel photography,’ he said. ‘What choice do they have? They could sell prints, but that’s very difficult in today’s world. They could organise an exhibition to get recognised by a photo agency or magazine? This takes a lot of investment and time. Often, it ends up being a waste of time.

‘If only they could have their images published in a prestigious magazine or website, like the National Geographic? Then, they should enter their images into the National Geographic My Shot website, and have a chance to be featured. Wait, what image won the competition? Inle Lake fishermen. Maybe then, this is the way to make it works – shoot the “wow” photo, the exotic subject.’

Inle Lake fishermen are an irresistibly photogenic group of tourist performers in Myanmar. The fishermen were recently the winning subject of the Student category at the 2018 Siena International Photo Awards.

This isn’t the first time the fishermen were the subject of an award win.

Brisbane photographer and 2018 Siena Awards judge, David Lazar, wrote this about his own award-winning and widely published photo series: ‘The fishermen on Inle Lake have mastered the art of standing on one leg while wrapping the other around an oar to allow for fine paddle control. They can precisely steer through thick vegetation that often appears on the lake, and their special technique allows them to keep one hand free for using nets and other implements.’

The famous fishermen with traditional cone-shaped fish traps now perform this ancient cultural tradition for tourists, rather than to catch dinner. Real Inle Lake fishermen still row with their leg, but use modern fishing nets.

‘The ones still using the fishing traps are standing at the entrance of the lake, where all tourists go by,’ Etienne said. ‘You can’t mistake a real from a fake one. The fake ones sit and do nothing, and start throwing their legs in the air as soon a boats with tourists approach.’

While tourism pays better than actual fishing, a lesser known reason why more fishermen have become performers is deforestation and commercial farming allowing sediment to flow into the lake, harming the fragile ecosystem and resulting in a smaller catch.

For whatever reason this information hasn’t been included in the captions of any award-winning photos, despite the UN recognising the serious threat posed to Inle Lake and its inhabitants. Perhaps framing the fishermen as genuine practitioners of an ancient tradition is simply more award-worthy.

‘The problem is that photographers travelling through Asia 20 years ago already found and shot these exotic subjects. They actually do not live this way anymore, but keep it going for the tourists and the photographers. It is time to move on.’

But then, like the Inle Lake fishermen, these mystical wizard-like performers appear as the subject of numerous awards.

‘When I see these images I wonder who is judging these competitions? I mean, for some of them they are, or sound, quite prestigious,’ he wrote in 2017. ‘You’d think that National Geographic know what they are doing right? They must have a panel of experienced travel photographers who know what they are doing. But how can these people award a photo we have seen a hundred times before? Wait, do these people actually know about photography? Have they ever traveled?

‘If you only have a little experience of Asia and having travelled to these locations, you know these are fake, and the locals are waiting for photographers to come and pose for them in exchange of money.’

A travel photographer like David Lazar may disagree with Etienne.

David stages photos, and hires models for his Vietnam tours. His advice in an article is to pay and pose ‘models’ when necessary, which is how he’s previously photographed the Inle fishermen and Masai warriors in Kenya.

This method is discouraged by David Cardinal, another award-winning travel photographer and tour operator.

‘Paying adults to take their picture – whether it is Masai warriors, the tattooed Chin women, or the Padaung with their neck rings – is more complicated (than giving children gifts in exchange to photograph them),’ he wrote about travel photography ethics in 2013. ‘Of course, there isn’t anything wrong with earning a living by modeling. But in cases where the money encourages customs which have outlived their usefulness to continue for the sake of tourism, the photographs don’t justify the social cost.’

While photos of Padaung women with neck rings are often entered into travel photo contests, rarely do they win an award. This may be due to the widely publicised exploitation of the stateless tribe, who fled conflict in Burma and are now ‘trapped’ in Thai tourist villages.

Etienne believes there’s a responsibility to set up travel photography boundaries and ethics.

It’s a drum he’s banged for some time, but he feels it can only really have affect if it comes leading travel photo institutions like National Geographic and the prestigious photo contests.

‘I am familiar with all these images that we keep seeing again and again. I live in Asia, I spend a lot of time looking at photos online, and I can tell when something is real or has been staged. But most people can’t. What we need is to educate people about this matter.

‘This is what we started doing here at Pics of Asia, to educate people about ethics and photography. By telling people that what they photograph is not interesting, we can show them other things. We can teach them about photography and making them able to shoot great images in any situation. Then, the images become unique, and the photographer can apply their own ideas and style. Only then, we are back into making art and expressing our own opinions. We are not consuming the opinions of others.’