The NZIPP is the latest professional photography organisation to disqualify Lisa following an investigation, which began after Photo Stealers found evidence that the photographer’s images contained third party elements.

As well as having her entries disqualified, all of Lisa’s NZIPP Iris Awards, titles, prizes, accrued merit points, and Honours and Distinctions have been revoked. 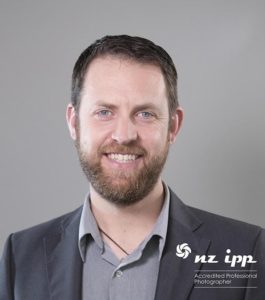 Furthermore NZIPP president, Ollie Dale (right), said that Lisa’s ‘conduct indicated an intent to deceive and mislead the outcome of the investigation’, by choosing to only submit a number of requested files, withdrawing entries where she was unable to provide files for all the elements, and did not provide the remaining files by the designated deadline.

Ollie also acknowledges Corey Doyle Balazowich, who runs Photo Stealers, for ‘the significant amount of work… which reflected the complexity and depth of the analysis required to investigate the allegations’.

The NZIPP Honours Council will begin to re-assign awards to the rightful winners, and this information will come through in the weeks ahead.

While the NZIPP Honours Council appreciates that some may see the announcement of this outcome as slow, it was essential that the investigation follow a thorough and rigorous process around what has been a complex situation.

The allegations first came to light following anonymous emails sent to a number of organisations around the world, including the NZIPP Honours Council. In the days that followed revelations were made by Corey Doyle Balazowich, through her Stopstealingphotos.com website in support of these allegations. We acknowledge the significant amount of work undertaken by Ms Balazowich, which reflected the complexity and depth of the analysis required to investigate the allegations. Ms Balazowich’s work was a major catalyst for both the NZIPP Honours Council and other organisations commencing their own investigations into Ms Saad.

The second component to the AIPP investigation concluded when Ms Saad failed to submit the requested files by their imposed deadline. The failure by Ms Saad to supply these files resulted in an automatic breach of entry rules and an across the board disqualification. Her membership of the AIPP was immediately terminated, and all points, awards, titles, and prizes rescinded. A ban from entering future AIPP State or National Awards was also imposed on her.

The investigation undertaken by the NZIPP Honours Council took a slightly different route, where Ms Saad chose to submit a number of the requested files, withdrew entries where she was unable to provide files for all of the elements, and more recently, did not provide all of the remaining files as requested by the designated deadline.

Members of the NZIPP Honours Council have worked day and night over recent weeks to carry out a comprehensive review of all files and images that were submitted, assessing these alongside the allegations and information shared on the Stopstealingphotos.com website, as well as the rules outlined in the Iris Awards Call for Entries document.

Subsequent to this disqualification, NZIPP has decided that effective immediately, all awards, titles, prizes, accrued merit points and Honours Distinctions received by Ms Saad through the NZ Iris Awards be revoked. In addition, a life ban is to be imposed on Ms Saad, meaning she will no longer be eligible to enter any future NZ Iris Awards competition.

Following this outcome, the NZIPP Honours Council will now commence the process of re-assigning awards to the revised and rightful winners. Information on this will come through in the weeks ahead.

This has been an unprecedented situation, but throughout the process the NZIPP Honours Council has proven that both the Iris Awards entry rules and the systems in place to enforce those rules have stood up to the investigation. As such, aside from the annual review of entry rules, there is no reason to make any significant changes to what currently exists. Ultimately, the onus falls on the entrant to read, understand and follow all entry rules, with consequences should they choose not to.

Finally, while this event has affected many people, the NZIPP hopes that through the NZIPP Honours Council now reaching an outcome, all those who have been impacted and affected by the situation are able to move on in a positive light, trusting that this has been an isolated case and that entrants who enter the Iris Awards in the future do so with honesty and integrity.
Ollie Dale, FNZIPP
NZIPP President