The Australian Institute of Professional Photography has terminated Lisa Saad’s membership of the AIPP ‘indefinitely’; banned her from entering future AIPP state or national awards; and rescinded all accumulated ‘points, Awards, Titles and Prizes’ to date, with revised winners to be announced for state and national awards in which she was involved. 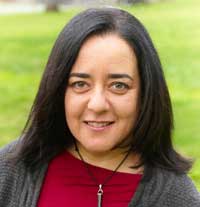 Since 2015, Lisa Saad (pictured right) had accumulated over 50 AIPP awards and prizes, including the ultimate title of 2016 Australian Professional Photographer of the Year.

We list below only the top AIPP awards which have now been taken back due to the AIPP’s decision:

The decision by the AIPP follows similar disqualifications from the international professional associations the WPPI  and the Societies of Photographers.

Full text of the AIPP statement from president, John Swainston, follows:
The Australian Institute of Professional Photography has made a further determination on images submitted by Melbourne-based photographer Lisa Saad in the Annual APPA and State Print awards, following an initial disqualification for her 2018 Commercial Photography entry last week.

The added images are from the 2015, 2016, 2017 and 2018 AIPP State & National Print Awards. Ms Saad was given a further week to provide adequate evidence to support her entries’ continued validity; the requested files were not made available by the nominated time. Not admitting guilt, she requested the images be withdrawn. Such an action automatically disqualifies the images and all respective awards. The matter was immediately referred to the AIPP Compliance committee, as foreshadowed in an earlier announcement. After an extraordinary meeting called last night the AIPP Compliance Committee has made the following recommendations, which are accepted by the Board of Directors of the AIPP.

With immediate effect Lisa Saad’s membership of the Institute will cease indefinitely; all accumulated points, Awards, Titles and Prizes are rescinded. Ms Saad will not be permitted to enter future AIPP State or National Awards.

The Institute finds that there has been an ongoing breach of rules over a number of years, which have not only now brought the AIPP into disrepute through no fault of the AIPP, but more importantly, adversely affecting all those who might otherwise have been announced as winners or awardees at the time.

The AIPP is now going through the large number of categories and awards over the relevant years. It will soon announce revised winners in a number of State and National Awards. The AIPP has the required judging records and point scores from the relevant awards events. To the best of its ability the AIPP will work to make good on the rightful winners and category entrants directly affected. The scale of the corrective action required means not all matters can be resolved or adjusted immediately.

The AIPP has studied a sample of images judged by Ms Saad in recent years and is satisfied that the remainder of the 5-member judging panel plus panel chair and assisting chair would have drawn similar outcomes after deducting her input, due to the way the scoring system adjusts for any one of the five judges and chair surveillance. As a result, no changes to awards points for an individual picture of which Lisa Saad was a judge will be made.

It should also be noted that judges are not able to question an image’s validity in the Awards after its acceptance. The acceptance relies on the entrant’s firm agreement to rules. Judges have worked within those guidelines and there is no basis for some of the unjustified attacks on judges that have appeared in social media in recent days, which the AIPP deplores.

The Institute has discussed whether there is a need for any changes to rules. If someone agrees to the rules and acts in good faith the rules remain effective and do not need changing. What will change, in progressive steps, is additional audit and review processes of images, using additional independent checks and technology.

As some 70+ awards globally have been involved across 6 different awards bodies, this is not isolated just to Australia. This must be seen as an opportunity to further strengthen validity of entries for the benefit of the vast majority of honest and compliant photographers entering photographic awards.
– John Swainston, president, Australian Institute of Professional Photography