Leica has announced the SL2, a 47-megapixel CMOS sensor full-frame L-mount mirrorless camera, will be available from November 21 for $9900. 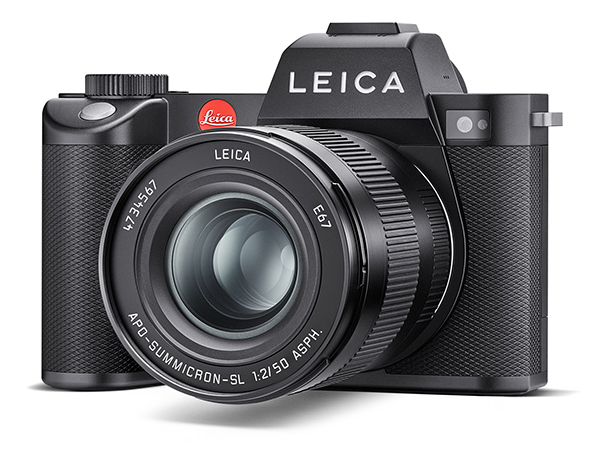 The successor to the SL, introduced in late 2015, is Leica’s first mirrorless camera designed and built in Germany. The camera’s image stabilisation is achieved through five-axis sensor-shift technology. The suspended CMOS sensor quickly adjusts its position to compensate for camera shake.

When mounted to a tripod and with the SL2’s multishot mode activated, the SL2 can record up to eight consecutive frames and the sensor is shifted in half-pixel increments between every exposure. This results in a quadrupled resolution RAW image of around 187 megapixels.

The camera ‘speaks the language of cinematographers’ by being capable of recording 4K video at up to 60fps, and 180fps in Full HD. Leica says in Cine mode, the camera ‘transforms’ into a cine camera as ISO becomes ASA, shutter speed is marked in degrees on a rotary disk shutter, and f-stops are replaced by T-stops. It also has a built-in headphone and mic jack, and a HDMI connector for external monitors.

Using the electronic shutter the camera can capture up to 20 fps, and 10fps with the mechanical shutter, both with AF locked. The camera’s electronic viewfinder has a 5.76 megapixel resolution, along with a 3.2-inch 2.1-megapixel touchscreen monitor.

The body weighs 835 grams and looks roughly the same as the predecessor with that, you know, ‘traditional design DNA elements that the brand has become known and loved for’.

‘The main recording parameters can be viewed on the rear display and adjusted quickly and easily with a simple finger tap. A click wheel, a joystick and three strategically placed, individually configurable buttons also contribute to a straightforward operation. Thanks to two dedicated status menus for stills and video recording, the parameters for either shooting mode can be adjusted entirely separately from each other.’