It’s illustrative of the current state of specialist photo retailing that we haven’t reported on too many new store openings over the past few years. 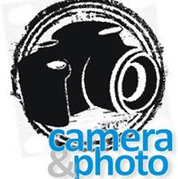 So much so that when Brendan Waites, former store manager with Roydhouse Camera House in Geelong, opened Ocean Grove Camera&Photo we lead with the headline ‘Man opens photo store!’

And he has done it again! Five years on from that rare event in contemporary photo specialist retailing comes the second Camera&Photo outlet, in busy Torquay – about 20 minutes drive down the coast. Once again, it’s a small store but in a somewhat busier street location, near the Torquay Post Office, Woolworths and the main shopping centre car park. It opens in July.

And as in Ocean Grove there’s no Harvey Norman or Big W or Officeworks trashing the market.

We asked Brendan a few questions about the new store and photo retailing in general:

PhotoCounter: So after 5 years in Ocean Grove comes your second outlet in Torquay. Have you been considering expansion or was this just an opportunity which opened up?
Brendan: Like a lot of business owners, I’ve been keen to grow the business since day one. But of course I had to get the first shop turning a profit first. The idea of a second store has been on my mind for 3 years now and Torquay feels like the natural progression. A similar coastal town, roughly the same distance out of Geelong as Ocean Grove and with a slightly larger population. I had to find the right sized space first and in a central location. The right space became avaialble back in April, so I jumped at it.

Give us some idea of the new store – size, equipment, etc. You said it will be based on the OG store – so that has been a successful formula for you?
– The new store will pretty much mirror the Ocean Grove store in terms of size [around 50 sq metres], layout etc. I really had no idea when it came to setting up Store One, it was a lot of trial and error until we settled on a layout that seemed to work, so copying that formula is the way to go.

Basically a good dry lab for prints up to 10 inch, accompanied by a large format printer. This time around I’ll be going for a 24-inch printer as the existing 44-inch printer I have in Ocean Grove can double up for both stores.

Will you put in a manager at the new store or how otherwise will it be staffed?
– Essentially I am the manager of both stores, however I’m also a realist and understand that spreading myself thin has its own problems. I am a firm believer in my staff and their ability to be autonomous. However at the same time, I am the face of Camera&Photo so I intend on remaining very visible.

We haven’t reported on many store openings over the past few years – Ocean Grove was one of them. Why do you think you have prevailed – it’s not the best location in town?

– Two words. Customer service. People just like coming into my store because we actually give a damn about them and their needs. In particular we take the time to help them out. A lot of the technology in our industry can be very daunting to the uninitiated, in particular to the generations that didn’t grow up with a computer in the classroom like I did. I am more than happy to help someone for 15 minutes, even if that means they print 3-4 6x4s. Because they will tell their friends about the people in the camera store that helped them out. We are not in the main street of Ocean Grove and some people questioned why I was opening where I did. At the end of the day we are a destination store. But we have to give our customers a reason to return and customer service is completely free.

And a special shout-out for my key staff member, Michael, who has been with me on a part-time basis for around three years and is excellent with his customer service. Also, his knowledge when it comes to IT can’t be faulted. He’s got the Ocean Grove store humming along in terms of internal networking and computing.

Have you had assistance from suppliers over the past few years – do any deserve special mention?
In all honesty, a lot of suppliers still see me as too small to really bother with. But those that have made the effort I have forged strong, loyal relationships with. The team at Dakis has been fantastic. Their product, customer service and communication has been first class which is why I’m happy to be using their kiosk software and online ordering service in the new location. I also continue to push Olympus products in my store due mostly to the work of their fantastic rep, Brett Cook. The team at APS also deserve a mention as they too have been a great business to deal with and I’ll continue to support them through their relationship with Noritsu.

Do you pick up any B2B type business – POS posters and the like?
– A very small amount at this stage, but watch this space!

Any changes/innovations to be introduced with the Torquay store opening?
– I guess the main difference will be this store will be more in the hands of local staff which will come with its own challenges. However I am proud to be employing a local workforce, rather than sending current staff to the new location. There are a few other ideas churning away, but they’ll be rolled out along the journey.

You’ve been Noritsu dry from the get-go at Ocean Grove. From a quality point of view, do you think silver halide output is now showing its age?
– Silver what? It’s dry lab all the way for mine. The quality of prints now is amazing. I’ve just installed my third Noritsu dry lab in the Ocean Grove store and it simply can’t be beaten from an operations viewpoint. Literally, my 11 year daughter can use it (and has).

How do you and your customers deal with prints from mobile? Is it a big part of your business?
– Its the backbone of my business! Dakis last year introduced the new wi-fi software to import photos from mobile devices in store. This has been a real success. The initial connection process can be fiddly, however once connected, we find customers often print a lot more photos than they initially intended to. I have very recently started looking into an app that can send photos quickly and easily to my store as well. Hopefully our friends at Dakis are working on one for me.

Any other comments, observations welcome…
– I’m really excited about opening a second store. I love the fact the Ocean Grove store has recently passed 5 years in business and I’m very proud of that little store. However a few recent personal events have given me a new outlook on life and the direction I was heading in.

There was no way I could just sit back and say ‘oh well, I’ve made it’ with the Ocean Grove store. I have to see how far this can go and the new Torquay store is the next challenge. Hopefully Camera&Photo will spread it’s wings even further in the not too distant future.
– Brendan Waites, Camera&Photo (Ocean Grove AND Torquay).