Olympus quits Four Thirds, aims for 8K
Olympus has discontinued production of its Four Thirds lens line, after six years passed since it last released an E-system camera. Killing off the old system isn’t a surprise, nor is the company’s indication it’s developing 8K video in its Micro Four Thirds cameras.

The announcement came quietly via a 2017 lens catalogue from Four Thirds – a website run jointly by Olympus, Sigma and Panasonic – which indicates the Zuiko Digital Four Thirds lens line is finished.

The system was released at around the turn of the century and proved fairly successful. According to DPReview it was the first ILC system designed for digital, and over the years Olympus produced around 20 lenses under the Zuiko Digital Four Thirds banner.

Olympus focussed on its mirrorless systems and developed its lens line M.Zuiko Digital, but stayed committed to Four Thirds for some time – up until this year, it appears.

‘We can assure you that there is no problem in developing sensors at 33 million pixels for filming in 8K,’ he said. ‘We started the 4/3″ saga with a sensor at 5-megapixels in 2003. Now the same sensor is at 20-megapixels with a much higher image quality especially for the management of electronic noise.’ 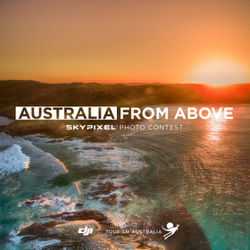 The contest, Australia From Above, is open to all photographers that have taken aerial photos of Australia, and it’s not a requirement that submissions were taken by drones. (Meaning DSLR images taken from helicopters and light aircraft can be entered)

‘Drone photography is gaining huge popularity in Australia, with the country home to a rising number of very talented aerial photographers,’ said Lisa Ronson, chief marketing officer at Tourism Australia. ‘Advances in technology are enabling us to tell Australia’s story in ways previously not possible, and the levels of engagement we get when we share some of these amazing drone clips on our social channels is just extraordinary.

‘It’s really exciting to be part of a competition which provides such a great platform for this new generation of content creators to capture the rich colours, patterns and textures of Australia’s diverse landscape and share this with the rest of the world.’

The contest is being run through DJI’s aerial photography community group, SkyPixel.

‘Australia is a stunning, diverse country, from the inspiring expanse of its pristine white beaches to the raw power of its rich, red outback,’ said Danny Zheng, DJI marketing vice president. ‘Capturing these landscapes from above empowers photographers to see Australia’s extraordinary beauty in an entirely new way, and we can’t wait to see the amazing images from inspired aerial creators.’ 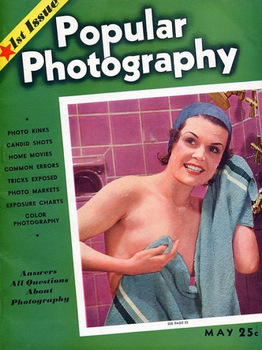 ‘Unfortunately, the photo industry is an example of where this disruption (digital technology) has forever altered the market. The rise of smartphone-camera technology and its increasing ability to capture quality photos and video and instantly share them socially has dealt the photo industry formidable challenges,’ he wrote in an e-mail to colleagues. ‘For our brands, these industry challenges have left us with insurmountable losses in advertising and audience support. Despite the extraordinary efforts of our committed colleagues at Popular Photography and American Photo [another of its imaging publications], as well as our best attempts corporately to find a sustainable path forward, we are simply unable to overcome these market forces.’

The announcement was suddenly made to the magazine’s contributors, with the editor-in-chief Miriam Leuchter telling them ‘our recent March/April 2017 issue will be our last in print, and while both of the websites may stay up for a while, as of Friday we will cease to post anything new’.

Like all print media, it struggled to adapt when things moved to online.

Although it gave it a crack by moving to a bimonthly printed edition from a monthly, and running an online copy through Popphoto.com. But it seems this wasn’t enough to keep it alive.

Contributing editor at the magazine, Jeff Wignall, said the magazine could have survived if Bonnier focussed on delivering better online content.

He said the website began with ‘a lot of energy flowing into it’, but was eventually abandoned and became ‘lame’.

‘Ironically, for a print magazine to survive is if it has a good partnership with an online edition of the magazine. Without that there is a sort of breakdown in communication between the print reader and the online person,’ he said. 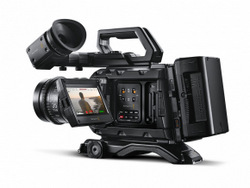 The camera is all ergonomics, with a design that allows a film maker to adjust most settings without taking the eyes off the action.

The interchangeable lens mount allows users to change between Canon EF lenses, to PL and B4 lenses.

It can record up to 60fps and has dual C-Fast 2.0 recorders, as well as a dual UHS-II SD Card recorder.