Whether you love ‘em or hate ‘em, taking a drone on holiday is the latest travel trend, with a huge rise in the number of tourists using them to capture stunning, insta-worthy travel snaps.

However, many travellers who are planning to use drones to shoot videos of the places they’ll be visiting are unaware of the local laws, permit requirements, fines, lack of travel insurance and personal liability cover available in the market. 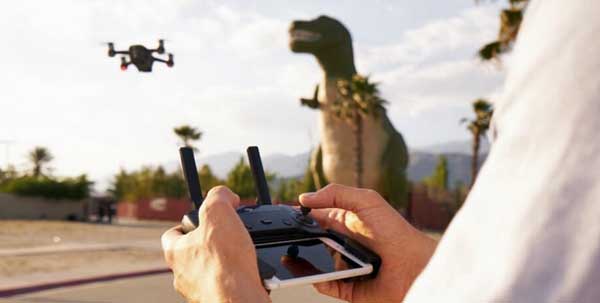 The consequences can be significant. Australian filmmaker James Ricketson was thrown in jail for a year after being charged with espionage after flying a drone over a political rally in Cambodia’s capital.

Traveller.com.au recently reported that a Dutch tourist was fined more than US$3000 for crashing a drone aircraft into a hot spring in Yellowstone National Park, while a French tourist who was caught flying a drone over the Colosseum in Rome faced a possible fine of €113,000.

So, before you consider packing your fancy flying toy, you might want to make sure you’re clued up on both local laws and your insurance policy, warns Natalie Ball, director, Comparetravelinsurance.com.au.

‘Drones have quickly gained popularity as the latest and greatest travel accessory among holidaymakers and enquiries to cover them is on the rise. However, it’s getting harder and harder to find a travel insurer that’ll actually cover them,’ said Ball.

Industry estimates provided to The Civil Aviation Safety Authority suggest that there are well in excess of 150,000 Remotely Piloted Aircrafts (RPA) currently in Australia. The Federal Aviation Administration reported that they have exceeded one million RPAs in their registration system. But the precise number is unknown because non-commercial devices (under 2kg) typically do not need to be registered.

‘Drones are fragile pieces of complex technology which are prone to damage when in use. In the same way that jewellery has restrictions on cover due to its high propensity for loss or theft, drones are being excluded from luggage cover due to the likelihood of damage.’

The cost of drones varies significantly, with toy drones starting from $50 and skyrocketing up to $2000 for higher-end models. So, if you’re a budding drone pilot with an expensive flying machine, you’ll need to do your homework to ensure your kit is properly protected. 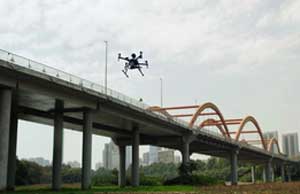 No matter how safe the pilot is, if the drone suddenly loses power and crashes onto a car, or worse…a kid, someone is going to have to pay for damages and/or injuries.

Beyond the cost of your fancy flying machine, whether it’s personal pleasure or commercial flying, it is important to consider where you stand in terms of personal injury, personal liability and invasion of privacy claims.

Local DJI distributor CR Kennedy also offers a cross between an extended warranty and product insurance with the DJI Care program, which covers damage to the DJI drone, gimbal and camera sustained during normal use.

In no instances do any travel insurers listed above cover Personal Liability when you own, possess or use a mechanically propelled vehicle, such as a drone.

‘As drones are a fairly new kid on the block you may find that many insurers do not actually mention them in their Product Disclosure Statements (PDS). If in doubt, it’s best to contact your insurer to specifically ask the question,’ suggested Ball.

What’s not covered?
– Wear and tear: Some drones are much more reliable than others. If you went for a cheap model and it breaks on your first flight you are on your own in terms of cover;
– ‘While in use’: You’re typically not covered for damages to your drone if they happen when you’re using it. So, if you’re a novice, a bit rusty, or you’re flying in windy weather, it might be wise to wait for better flying conditions before taking to the skies. (The DJI Care program is the exception to this rule);
– Personal Liability: Most insurers exclude personal liability cover when operating a mechanically propelled device or vehicle;
– Leaving it unattended: If you’re on the beach and head in for a dip leaving your drone alone, you wouldn’t be covered for leaving it unsupervised where it could easily have been pinched;
– Unreported items: Most policies will maintain that it is your responsibility to report theft or loss to the relevant authority (and your travel insurance provider) within 24 hours;
– Items with no proof of purchase: Without an original receipt to prove your purchase, your claim might be rejected. Something to bear in mind is that photocopied, faxed or scanned documents may not be accepted.

What are your options?
Depending on the kind of drone you have and how you use it, you may be able to obtain coverage for both drone damage and personal liability through your home and contents insurance policy. But don’t make assumptions, you’ll probably need to specify the item on your policy. It’s vital to check whether it covers you for drone hull damage, personal liability, medical costs and whether you’re covered overseas or just within Australia.

If you’re commercial flyer, you could opt for a standalone drone or UAV (Unmanned Aerial Vehicle) insurance policy such as Insurancefordrones.com.au or avcover.com.au. Alternatively, get in touch with a specialist insurance broker.

What’s typically covered?
Loss: Packing your brand-new toy, only to realise it’s been nabbed from your carry-on. Relax, at least your policy will cover you to replace it when you get home;
Theft: If your drone is stolen during your holiday, your policy will reimburse you, however depreciation may apply unless you specify it as a high value item;
Damage: Go to get your drone from the overhead bin to find that one of the legs has snapped off! Rest assured, you could claim for your out-of-pocket expense to repair or replace;
– Drones left in a boot of a car: If your drone was locked in the boot or concealed storage compartment of your car, and it was stolen, you are covered. Sometimes this benefit only applies during daylight hours.

Taking drones overseas
Know the local laws: All countries have different rules and regulations on where you can and cannot fly your drone. For example, it’s illegal to fly drones in Dubai, it’s almost impossible to get a permit in Fiji or Canada, and in Egypt penalties range from one year in prison to capital punishment! Make sure you’re clued up on up on your holiday destinations rules as many travellers have been caught off guard when it’s too late. ‘Can I fly there’ is an app that that tells you where you’re allowed to fly and if there are any restrictions in that area. Another, DroneMate, has all of the recreational drone laws around the world;
– Tourist attractions have banned drones: You are not allowed to fly a drone at the Statue of Liberty, the Hoover Dam, the Colosseum, Stonehenge, or London’s Hyde Park. Before you take flight, consider if you’re allowed to, or you could find yourself in serious risk of some big fines, or worse;
Don’t fly in national parks: National parks restrict the use of drones. Parks Victoria and the NSW National Parks and Wildlife Service both require anyone wishing to fly a drone in a national park to check with the park manager, and to ensure the drone will not annoy park visitors or affect wildlife; 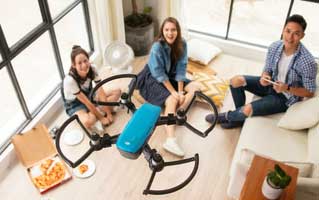 Rules apply: The Aussie guidelines around flying recreational drones under 2kg are quite easy to remember – you’re ok if you’re under an altitude of 400 feet (121m) and away from crowds, you don’t fly at night, over beaches, parks, public events and always make sure it stays within your line of sight. However, if you’re flying a drone over 2kg, you’ll need to be registered with the Civil Aviation Safety Authority (CASA) and have an operator’s certificate for your unmanned aerial vehicle (UAV), and liability insurance in case it accidently drops out of the sky and onto somebody’s noggin.
– Original article supplied by Comparetravelinsurance.com.au.