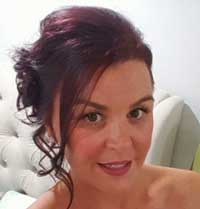 Nina will lead Brands Australia’s business within the pharmacy channel in NSW/ACT. She has had over 20 years of experience in the pharmacy trade with key sales and management roles with Symbion Pharmacy, Terry White Group and Kodak.

Mark Sotheran and John Kilby remain in their long-standing roles as Brands agents in NSW.

‘Our aim is to bring further customers in New South Wales and the ACT the same experience that has flourished in Queensland and the southern states of Australasia, and the New Zealand markets,’ explained John Rule, managing director, Brands Australia.

‘We’ve worked hard to find the right people to introduce our brands in the market with a focus on tailoring our sales and marketing efforts to be relevant to the local market. This is an exciting step for the Brands Australia group of companies as we now truly have a national presence.’

Photobucket kicks ‘customers’
Every few weeks one of the free/cheap cloud-based photo storage services shifts the goalposts somehow. And why shouldn’t they – as is generally the case when taking advantage of free stuff on the internet, you are generally the product rather than the customer. ‘Buyer beware’ – free riders be even more ware! 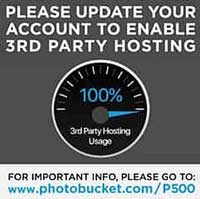 Latest to impose a cost where there was none before is Photobucket. It used to allow users to host and link to images on its servers, and has done so since 2003. This is one of the reasons it has amassed over 10 billion photos on its servers from over 100 million users.

Billions of images stored on Photobucket and hotlinked to other websites – from eBay to image forums – have disappeared.

While it’s easy to understand the business case for the new charge, this once again brings into question the viability of these free cloud services. It seems they will either need to charge more or go broke. Either way, they are a risky long-term proposition for storing a precious image collection.

Stranger than fiction!
Earlier this year PhotoCounter indulged in a bit of fakes news in a story about a mobile phone named the DSLR because it performed ‘just like a DSLR’.

Well who would have guessed? Motorola has just announced two new clip-on ‘mods’ for its Moto Z smartphone. One of them is for shooting in 360-degrees. The other is called the DSLR mod. It lets you mount camera accessories and interchangeable lenses, and has a shutter button and a flash. So exactly like a DSLR!

And just like the slightly non-existent WeiHua DSLR we reported on earlier, Motorola is also keeping its DSLR under wraps. We don’t even have an accompanying picture.