One of the outstanding categories over Christmas for photo specialists was instant photography, with retailers Photo Counter spoke to nominating both Polaroid and Instax systems as products in big demand. 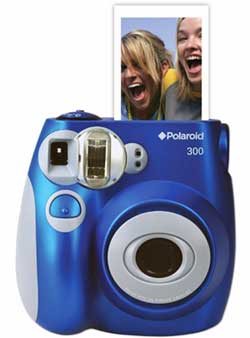 John Rule told Photo Counter his company had a bumper January and was trading well into February after a very successful Christmas period, ‘partly because customers sold through so well over Christmas.’

He added that the sell-through prior to Christmas was also very strong, with the end result being double-digit growth for the calendar year for the entire company, with both commercial and consumer categories in growth . 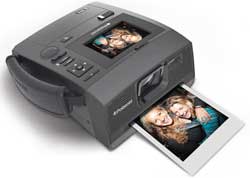 Mr Rule attributes the current popularity of instant photography to its appeal to the generation now in their 20s who see hard copy prints as novelty.

– And it’s also got that ‘retro-chic’ quality currently in favour. Think the re-emergence of turntables and vinyl records as a newly-cool way of listening to music.

Brands Australia has been focusing on social media – specifically Facebook – to drive awareness and engagement with Polaroid instant photography. With 40,000 Likes on the Australian Facebook page and another 5000 on the separate New Zealand Facebook site Brands Australia is punching above its weight in marketing, given the Polaroid US site has 250,000 Likes with a population about 10 times the size.

The Facebook Australia site is lively and regularly updated, with plenty of ‘colour and movement’: soft promotions of various Polaroid products and specials; pics of young heartthrobs of various genders with their Polaroid cameras; the occasional competition. The ambience overall is friendly and youthful, and engagement with the audience is not forced or overly contrived, as it can be with some business-to-consumer social networking efforts.

‘I believe we are one of the leaders in social media marketing,’ said Mr Rule, noting that he had been invited to speak at conferences of senior marketing executives regarding Polaroid’s relaunch and social network marketing approach. He also fielded many enquiries by other businesses seeking to do cross-promotions. ‘Polaroid is a power brand – still is’

He attributes much of the success of the program to young marketing/brand manager Dale Eastman.

‘We know how to get consumers to go to our Facebook page,’ said Mr Rule. ‘It’s a new bunch of marketing skills. We have a dedicated marketing person researching the marketplace, looking at behaviour patterns. The Polaroid Facebook pages for Australia and New Zealand then link them to the website.’

Brands Australia has a busy year in front of it with the Polaroid portfolio.

There will be a long-awaited re-launch of the 600 instant camera with the original 3×4 format that everyone has been waiting for later in the year and, in the the fourth quarter, a social networking development Mr Rule describes as ‘a game-changer’ called Polaroid Socialmatic.

One project in addition to product launches will be to further build the distribution network, where Mr Rule says Polaroid is ‘two-thirds down the road’. He sees the photo channel as a natural fit with Polaroid.

‘The Polaroid brand belongs with the photo channel. Consumers will go back to the photo store first. It’s also where our business initially came from.’

He noted that everybody buys Polaroid at dealer price, enabling smaller stores to offer an instant photography system. Polaroid is the only line in the industry that offers a full across the board instant in-store category, with what Mr Rule described as ‘100 percent brand recognition’ – a benefit of six decades in instant photography.