GoPro has announced almost immediate availability of the Hero 6 action cam, at a hefty $749. 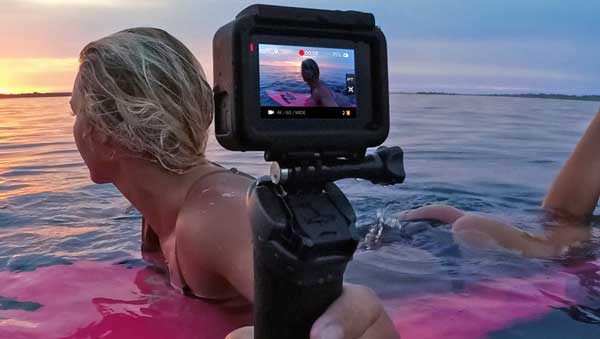 The new model is the same design as the Hero 5, but with a new processor delivers better frame rates, image quality, and speed. Overall, GoPro claims performance is twice as good as the Hero 5.

The Hero 6 is waterproof down to 10 metres and has GPS, a 2-inch LCD touchscreen  and voice controls for hands free operation.

Improved image quality and other tweaks are thanks to the newly designed processor – the GP1 – which GoPro hopes will differentiate it from the swelling ranks of lower priced competitors. If punters aren’t willing to pay the hefty premium GoPro is seeking (DCW is already advertising it at launch for $698), the down-sizing, cost-cutting US business could find its financial woes not resolved but rather just beginning.