It appears that Dave Marshall will be leaving his long tenure as Fujifilm chief operating officer in early October, according to a staff circular from Fujifilm Australia CEO Tyler Yanase. 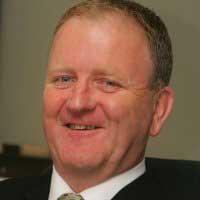 It needs to be noted that PhotoCounter has not had direct confirmation of Dave Marshall’s departure from Fujifilm. Calls to Mr Yanase have gone unanswered. However, the copy of the email we have been forwarded has every appearance of being genuine, and was via a reliable source.

Given Dave Marshall’s 18-year tenure at Fujifilm, and his prominence as a senior photo industry executive, the staff memo is unusually short and blunt: ‘The purpose of this email is to advise all staff members that Dave Marshall will no longer be with the business effective early October, 2017.’

It goes on to say that he is currently on leave and ‘he will not be in the office or dealing directly with our customers’ and instructs staff who ‘feel they need input from Dave’ to contact either himself or another senior executive ‘and we will make the necessary arrangements to assist you’.

The email neither thanks Dave Marshall for his contribution and leadership, nor wishes him well in his future endeavours. It doesn’t provide any reason for his departure and their is no reference to a resignation.

Dave Marshall has been with Fujifilm Australia in managing director/CEO/COO roles for over 18 years, having joined the photographic industry from Southcorp.

UPDATE: We asked Fujifilm via its PR consultant, Deidre McAlinden, whether Fujifilm intended to make a formal announcement regarding Dave Marshall’s departure. She undertook to seek a response from Fujifim in mid-July. Apparently unsuccessfully.