DJI jumps into wearables and storage

DJI has unveiled Goggles, a VR-like wearable mask which acts as a motion control unit, allowing an operator to control a range of drones with head movements and gestures. The Chinese drone manufacturer also teamed up with Seagate to unveil the Seagate DJI Fly Drive, an external storage device with up to 2TB capacity. 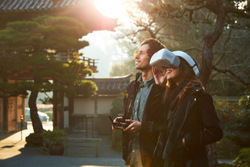 The drone can move up, down, left, and right as the wearer turns their head in those directions. Camera gimbal movements can also be operated, as well as commanding the camera shutter and recording video.

Navigating operations are assisted with a touchpad controller that comes with the DJI Goggles.

The DJI Goggles are a similar design and shape to VR goggles like the Playstation VR, and wrap around the eyes – reminiscent of ’90s science fiction.

They are available from May 20, according to DJI’s website, and cost US$450. 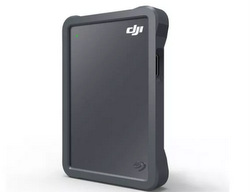 DJI and Seagate team up
Drone operators can use the Fly Drive to quickly transfer content from a camera’s microSD card onto the device, with 60 hours worth of 4K video able to be stored.

DJI says it uses a built-in UHS-II rated hub for quick transfer, and uses a USB-C cable tucked inside a ‘shock resistant bumper’. It supports Thunderbolt 3 and USB 3.1, and comes with two months of free access to Adobe Premiere Pro CC.

The Seagate DJI Fly Drive has an RRP of $120 and will arrive sometime in winter.