There is one less specialist photo store in Australia with the closure this month of Stephen Kelly’s Beau Photos in the well-heeled Melbourne bayside suburb of Beaumaris. 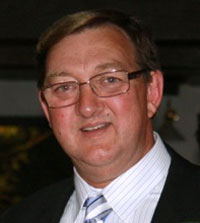 Beau Photos was open for 29 years, the last five under Stephen’s ownership, after he purchased it from Rob and Meg Gately. Prior to that he operated photo stores in South Yarra, the Vic Gardens shopping centre in Richmond, then Bridge Rd, Richmond (‘a big mistake!’)

(And for those who are interested, Rob and Meg now run a successful up-market pet resort near Ballarat.)

Beau Photos was focussed on photographic print services and the other components of that business model; albums and frames. It was never big on hardware.

Stephen is somewhat at a loss to answer the ‘where I went wrong’ question. Basically it came down to a lack of store visitors, which in turn he believes was due to the smartphone-as-camera syndrome.

‘We had no negative comments. Customers said we delivered great service, and were happy with our quality. But we were just not succeeding.

‘I put it down to the smartphone. Until two years ago it was a struggle but you could still get by. But from maybe the iPhone 4, people started to use phones as cameras more.’ (It’s interesting to note that it was about this time that the quality and resolution of smartphone screen images improved.)

‘In the last 18-24 months there’s been a massive shift. It’s really only older people who print any more. Or people wanting a couple of photos here, maybe four there… 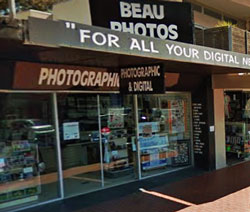 ‘So I don’t think I really did anything wrong, there’s just been a change in the culture surrounding photo printing and the prolific use of phones and sharing on Facebook, and when printing, most shopped for price at Officeworks and Harvey Norman.’

Beyond the direct revenue, the big drop-off in printing affected cashflow overall: ‘When people come in they would see other stuff – canvas, metal prints. But if they don’t come in and don’t print, they don’t have those thoughts any more.’

He added there may be a cultural aspect – people in Australia simply don’t value photos like they do in other parts of the world. ‘In the US there are seniors balls, graduations, basketball finals – and people seem to value those [photographic] memories where we don’t in this country.

The nearest value-destroying mass merchant to Beau Photos was Officeworks.

‘A lot of people print at Officeworks and have no idea of the crap they are receiving. I would often print a customer one of their photos and then comparing our print with the Officeworks print converted many customers. But you have to get them away from Officeworks in the first place, which is not easily done.

‘We have just closed the doors and am in the process of cleaning up. Many customers are very disappointed we are closing – there have been lots of presents from customers, and even one customer in tears.

‘Some customers are just starting to realise that only printing three or four photos from the phone every now and then cannot sustain a business. Others can’t understand how we can’t make money when we charge 35c per print and Harvey Norman and Officeworks charge 8 or 10c per print.

(On the other hand, if the marketing objective of the mass merchants is simply dragging people into the store rather than making money from photo, then three or four prints at break-even prices is just perfect.)

Given the reaction from customers and a unextinguished enthusiasm for the business, Stephen’s next step is to explore the possibility of continuing some services working from home.

There is also the potential for business-to-business work – designing and printing pamphlets, POS material and the like.

The local newsagent will act as an agent for consumer customers, and he is hoping to offer outsourced services such as scanning, conversion and restoration – perhaps even helping peopoe orgtanise thewir photo collections. ‘And I have a good reputation for canvasses.’

‘Many of my regular customers have promised to support my endeavours at home, and I’ve already received my first job for 2 canvas prints!

‘People still want this stuff but only when they have a need.

‘So I am very hopeful. If it doesn’t work I will be looking for a job, but I am not sure who would employ a 61 year old.’

And there was no possibility of selling an outlet with a three-decade history as a photo store?

‘I did consider it but didn’t really give it much thought as I was sure nobody would buy a business that was sliding in a downward direction very fast. I don’t think I really did anything wrong – it was more a change in the culture surrounding photo printing and the prolific use of phones, and sharing on Facebook. And when they wanted prints, most of these people shop for price at Officeworks and Harvey Norman.

‘So I couldn’t really in all conscience tart up a failing business to sell to someone,’ said Stephen.

Stephen  can be contacted on: snkelly23@bigpond.com

The HP curse
Stephen Kelly was one of the unfortunate retailers who took HP at its word and bought into what at the time was presented as the future of photographic printing:

‘I will never buy another HP product in my life. This company has the corporate morals of a sewer rat! We never recovered from it. I still have a laser printer and a great big inkjet that printed 6×4 photos only.

‘The laser printer use to break down every week and the Inkjet hasn’t worked for about six years. The kiosks are just about done and as I am closing it all down I will be throwing them out, sad really as the kiosk software was very good.

‘Back in the days when we bought wet labs they last about 15 years, so you could make some money after paying them off. The HP system only ever worked occasionally and was done within three years…and when they broke down it cost us dearly.

‘Even before they deserted us they would not support some of the machinery as they considered it redundant within 3 years. How could they sell this equipment knowing that they were replacing it that soon?

‘The only support I got was from Photo Direct but they could only do so much. They still sourced the consumables for us and Steuart Meers spent quite some time trying to fix a software issue but was unable to find a solution, so we dropped that part of our service. They even grew weary of the HP rubbish and they moved onto other suppliers – I don’t blame them. Photo Direct were very good to me!’