‘AirBnB’ for camera rentals
Uh-oh, here’s trouble. Or is it? KitSplit is being described as the ‘AirBnB’ of the camera world; a peer-to-peer rental network for camera gear. 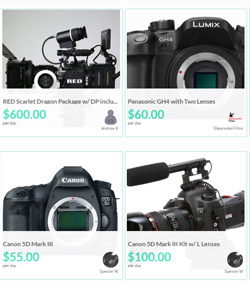 Photographers wanting to hire equipment at a specific location are put in touch with owners who are willing to rent their gear out while, for a clip of the ticket, KitSplit takes care of vetting, insurance and logistics.

The year-old, New York-based business has around 5000 members, both individuals and companies, and $40 million worth of equipment available to rent: cameras, lenses, drones and even virtual reality gear. It’s now launched into Philadelphia, Boston and Washington DC.

Ricoh gets on Eyefi’s Cloud
Ricoh has announced that it’s acquiring Eyefi’s ‘Cloud’ photo hosting service. Eyefi will continue to own and sell its Wi-Fi-enabled SD memory cards under the Mobi Pro sub-brand.

Eyefi Cloud allows photographers to sync and back up photos via the cloud to PCs, Macs, tablets, and phones. They can be organised, searched, edited and shared.

Super reprieve for small business
Small businesses have been granted a short reprieve from adopting SuperStream, with the Australian Tax Office extending the compliance deadline for the scheme to October 28.

SuperStream requires employers to make super contributions for their employees electronically in a standard data set. Until this week, businesses were expected to be compliant with the system by June 30.

The ATO will not be taking compliance action against small businesses who miss the 30 June 30 deadline. 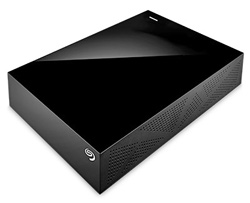 Consumers (well, only one, actually) have filed a class-action lawsuit in the US against Seagate Technologies claiming the data storage company sold hard drives that routinely failed at exceptionally high rates.

The lawsuit states that consumers (or at least the dude filing the ‘class action’) have lost massive amounts of data unexpectedly, as Seagate’s hard drives failed to live up to the advertised promises, violating federal consumer laws and Seagate’s own warranties after delivering faulty replacement hard drives.

‘Seagate promised purchasers reliable hard drives that would safeguard their important documents and cherished photos, but consumers report that these Seagate hard drives fail sometimes just days after their first use,’ said Steve Berman, managing partner of consumer law firm, Hagens Berman. ‘These hard drives failed to deliver on Seagate’s promises, and replacements from Seagate were just as defective, amounting to loss of data and wasted money for thousands of purchasers – something we believe to be direct violation of federal consumer-rights laws.’

The suit’s named plaintiff suffered a complete unexpected failure and loss of data when his Backup Plus hard drive unexpectedly crashed, causing him to lose irreplaceable photos and documents. Less than a year after the plaintiff received the replacement drive from Seagate, it too failed, rendering it useless.

Publicity surrounding the pending case seems to be all about drumming up some more participants in the so far lonely class action.

To find out more about the Seagate lawsuit, click back there.