Concurrent with the flagship X-Pro2, Fujifilm announced the Fujifilm X70 ($1149 – available in February), an upmarket fixed lens model with an APS-C sensor; the XE2s, with some upgrades to the current XE2 ($1399 – available March); and a $299 waterproof compact, the XP90, which will also be available in March. 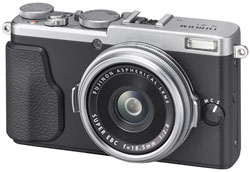 For the full press release on these five new products, click on the following link: Fujifilm products January 2016