No rethink on GST imports loophole

Re:Think, the ‘Tax Discussion Paper’ released this week by Federal Treasurer, Joe Hockey, points to a reduction of the Low Value Tax threshold on privately imported goods being low on the government’s wish list. 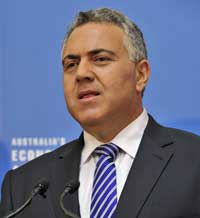 While the document is presented as a neutral discussion paper with, as Treasurer Hockey has been stating in the media, ‘nothing ruled in or out’, no document of this kind is truly neutral. For instance, much of the chapter on the GST is devoted to arguing the case for raising the rate of GST and reducing the exemptions on things like fresh food and medical costs…

Unfortunately, lowering the LVT does not get similarly favourable treatment. Here’s what the 200+-page Discussion Paper has to say in full on the issue:

While most imported goods are subject to GST, goods valued at or below the $1000 low value threshold and most imported services and intangibles provided to consumers (primarily those purchased online, such as multimedia downloads) are not subject to GST.

There is growing concern both internationally and domestically that the strong growth in
online retail spending by consumers will continue to increase imports of low value goods,
services and intangibles directly over the internet. Without reform, this would increase
foregone GST revenue and affect the competitiveness of domestic businesses over time.

A 2011 Productivity Commission inquiry into the retail industry found there were strong
in-principle grounds for the low value threshold to be lowered significantly. On the basis of
tax neutrality, goods sourced from overseas should face the same tax regime as goods
sourced domestically. The Productivity Commission estimated in its final report that in the
absence of radically redesigned and highly efficient revenue collection systems, the
collection costs would outweigh the revenue gains. By its estimates, removing the threshold completely would generate revenue of around $600 million per annum but at a cost of well over $2 billion borne by businesses, consumers and governments. Accordingly, the Productivity Commission recommended the low value threshold should not be lowered until it is cost effective to do so.

Some subsequent studies undertaken by stakeholders suggest that there are alternative
arrangements for collecting GST on low value goods that would not be as prohibitively
expensive as current arrangements.

Other developed countries have relatively low thresholds compared to Australia, suggesting that a cost-effective reduction in the low value threshold could be feasible.

– And that’s it! By taking the Productivity Council’s most extreme example – abolition, rather than reduction of the LVIT – and running the ‘revenue of $600 million/cost of $2 billion line’, Re:Think is being disingenuous, to say the least.

Here’s a table from the Low Value Imports Threshold taskforce which gives a more nuanced picture of what might happen if the LVIT was reduced to specific levels, estimating three different collection costs.

Re:Think notes in passing that ‘other developed countries have relatively low thresholds compared to Australia, suggesting that a cost-effective reduction in the low value threshold could be feasible.’

‘Relatively’ is a relative term. When it comes to the Austraian threshold versus other countries, ‘massively’ or ‘jaw-droppingly’ lower thresholds would be more appropriate:

For a take on the benefits to Australian society of reducing the LVIT which is less driven by free-market dogma than the Productivity Commission, click here for the Ernst & Young report prepared for the National Retailers Association. It estimates, among other things, that GST receipts forfeited between 2012/13 to 2014/15 amount to $2.5 billion.