With the overseas buying power of the dollar falling, Photo Counter asks a ‘typical Milllenial’ shopper to find out where the best deals might be for camera gear…

When in the market for brand new camera gear, the cheapest option is hard to resist – and shopping online offers a world of options, literately. Let’s face it, if a few hundred dollars can be saved from importing grey market products from the US or China, many local buyers are going to put aside notions of level playing fields and saving local jobs and go for the bargain. I bet most people reading this have done it… 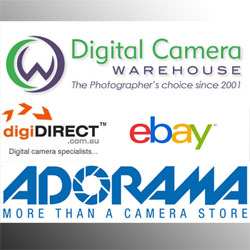 I had a look at three popular camera kits – one from Canon, one from Nikon, and one from Olympus; as well as two lenses from specialists Sigma and Tamron.

Prices quoted include shipping, and have all been converted to Australian dollars, unless stated otherwise.

The first camera kit, recommended by DPReview, the Canon 70D DSLR with a 18-135mm IS f3.5-5.6 lens. It’s been on the market for a while, so there should be some bargains to be had. Like most right-thinking camera bargain hunters, the first stop was US-based B&H, the biggest online camera bazaar in the world.

B&H, the one-stop-shop for reliable grey imports, had the camera kit priced at $1929. This included the shipping, which came to almost $200! To hell with that!

I realised that Camera House has a shop just down the road from where I live, so thought it was worth a look. They managed to beat B&H with this particular kit, offering it at $1799.
But it’d be crazy to finish there and not visit one of Australia’s most competitively-priced (read cheapest) online camera retailers, Digital Camera Warehouse (DCW), which had the best price so far: $1520, plus $19 shipping.

Then I remembered good ol’ eBay. It’s a bit dodgy, sure, but usually cannot be beaten for price. Many buyers, many sellers. And I wasn’t let down! The same Canon camera kit was offered from an eBay store located in Hong Kong for $1373, beating DCW by more than $150. And the warranty was unbeatable, even if it probably wasn’t enforceable: ‘We are providing anyone of you with our company warranty for as long as eight years from the date of purchase,’ it says. Seems legit – what could go wrong!

And I probably won’t have to pay the GST, even though I’m legally obliged to. But hey, if it’s good enough for Apple and Google and Microsoft to avoid Australian tax obligations…. 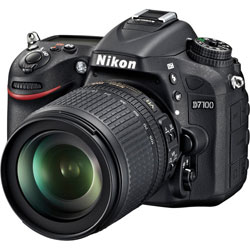 But before I could even calculate the shipping for the $1678 camera kit, I was stopped in my tracks and told that for whatever reason, this item cannot be shipped to Australia. What the? This isn’t Cuba!

A Google search revealed Nikon changed its agreement with B&H and other US Nikon dealers in 2011, which prohibited sales to Australia – perhaps due to the strong AUD at the time. (And it turns out, by the way, that Amazon doesn’t ship any cameras to Australia.)

Good riddance anyway, because DigiDirect pulled through with a much more attractive price of $1349. Only to again be beaten by a selection of Hong Kong-based eBay stores, which had it marked at around $1129.

Enough with Canikon. More photographers are swapping their old DSLRs for the latest line of compact camera systems, such as the just-released Olympus OM-D E-M5 MkII. And what better companion than a M.Zuiko ED 14-150mm f4-5.6 II superzoom lens.

I’d began losing faith in the US grey market and went straight DigiDirect and DCW. They had the camera kit priced at $1688 and $1788, respectively, which included a 2-year Australian warranty.

It was a surprise to discover that the guys in Hong Kong couldn’t beat the Aussie price. The latest Olympus model is priced at $1967. While only speculation, could this have something to do with the camera kit being initially priced in British pounds?

At this stage I only just noticed a waiver in small type down the bottom of the page which said that any item brought from outside Australia for more than $1000 may be subject to a customs fee upon arrival. It wasn’t clear how much the fee would be, how likely I was to be hit with it, or what the process was, but it made the previous deals from Hong Kong slightly less attractive.

Oh yeah, B&H didn’t have the kit – I had to select both separately, but they were automatically combined into a ‘bundle’ which miraculously removed US$200 from the price. This seemed like a great deal, but it still came to a total of $2113! 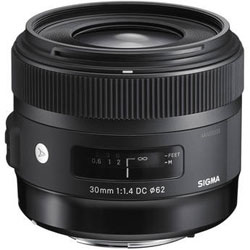 The story was not much different for the super telephoto lens by Tamron. Leading with the highest price was US-based Adorama, at $1511. The price differentiation between B&H and Adorama is minimal, by the way. Online retailers in the US don’t seem to relish price competition. I’m told this is because of a price-fixing regime US distributors have imposed: Drop your price and we drop you as a supplier. Team Australia came in at second place, with DCW offering the lens at $1242, but again the Chinese took out the gold medal with $1187. But with a saving of only around $60 there’s not a lot in it, and then there’s the wait, and that pesky issue of whether I might have to pay GST…

There was certainly a trend among prices for each product. The US options were always significantly higher than the Australian options, even before shipping. No doubt the depreciating Aussie dollar has something to do with this.

And in most cases eBay shops operating from Hong Kong offered the cheapest price. But not by crazy amounts. Saving one or two hundred dollars may not be worth it, as word on the wire is that fulfilling warranty requests can be a bit of a headache with these traders.Then there’s that ‘will they or won’t they’ issue of being charged GST…

So, with everything taken into account, it appears buying from local Australian camera specialists- for popular, big-selling items at least – is the fastest, most logical, and certainly the safest route to take for the average camera enthusiast.
– Will Shipton