All over the shops

Every six months or so PhotoCounter conducts a very informal price comparison exercise, looking at how local camera prices hold up against those of online offshore retailers, parallel importers and eBay resellers in this globalised marketplace.

We generally pick a random selection including a new release and popular models in the various consumer/enthusiast categories which have been in the market for a while. And a range f brands, of course.

All overseas prices through the story have been converted to Australian dollars. 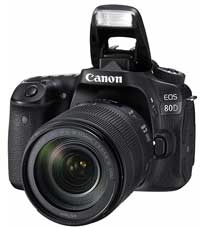 First up is the recently-announced ‘prosumer’ Canon EOS 80D, a full-frame 24.2 megapixel camera with CMOS sensor and DIGIC 6 processor, set for release at the end of April. The camera is the predecessor of the popular 70D, and will likely grab the attention of cashed-up enthusiasts and weekend wedding warriors.

A leading Australian online retailer has this camera (body only) available for pre-order at $1677 + $11 postage, which includes a two-year warranty from Canon Australia. (Most local outlets seem to have co-incidentally fixed on $1699, although Canon claims it doesn’t actually set RRPs.)

This is is good news when looking at prices abroad. B&H, long-considered the safest cheaper alternative for those happy to wait for shipping, is offering this camera at $1570 . But then you pay a minimum $87 for shipping. And (theoretically, at least) $285 in duties and tax because it’s over the Australian $1000 import threshold! In total this is around $1950 Australian dollars – hundreds of dollars more than what’s for sale here with the 2-year warranty as a bonus, or around line-ball if you take your chances with the GST. Even without the GST, even the tightest bargain hunter would find the 80D better buying from local retailers.

Trading Centre, an ‘eBay Australian company’ – a fact that’s reiterated through flag insignia and reminders in the item description – has the 80D for $1609 including delivery

This includes a ‘Aussie three-year warranty’, which is upheld by the seller and is a bit vague on specific terms and conditions. However they do have ‘people in Australia to pick up your problematic products at your door for repair’. So that’s fine then.

Additionally there’s no import duty or GST charged to local buyers willing to break a largely unenforced law. Despite the 80D not arriving until the end of next month, Trading Centre’s template description promises the camera will arrive in ‘4 – 6 business days’ following payment. If you’d like to try the 80D ahead of the release date, go ahead…

This seems to be another business dodging the imposition of GST or otherwise passing itself off as an Australian business when it is not.  And why not? Neither the ATO or ASIC seems to mind.

The tables have turned with the fall in the Aussie dollar. If B&H offers the cheapest price in the US market, Australian retailers could undercut it to US consumers with the 80D and plenty of other models. Less 10 percent GST, local prices appear pretty sharpish converted to greenbacks. The big hurdle being able to offer warranties…And operations like The Trading Centre. 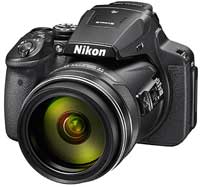 Up next is the Nikon Coolpix P900, the 16.1 megapixel 83x superzoom camera which was released midway through last year and was reportedly a hot seller over Christmas – so much so that some specialist retailers had a hard time securing stock.

Local online photo retailers have this camera available from $699+ GST, including postage. Kogan, ‘Australia’s largest online department store’, has it available for around $9 cheaper, no biggie. At JB’s it’s $749.

Again B&H is more expensive for Australian buyers – it has the P900 available for $867 including postage. There’s no sales tax this time ’round.

Australian customers willing to take a risk with ‘nofrillssydney’, an eBay store supported by Ryda, can buy the P900 for a low $648 with free postage. This seller comes across safer than Trading Centre, and states the 2-year warranty comes from Nikon Australia – so locally supplied. It has sold 81 of these cameras, according to eBay. 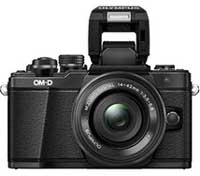 A trend is emerging, begging the question why anyone would bother with B&H in Australia at this stage, given they’d pay $802 in total to the US camera megaretailer and once again be left twiddling their thumbs for a week or two as they wait for the courier to come.

This camera also cannot be found by local grey market sellers on eBay. The only available E-M10 Mk II cameras are imported from South Korea for $730 including postage. Cheaper than a local source by just over $50, but is it worth sacrificing a warranty? Not blooming likely.The immediate gratification, not to mention the advantage of having a local retailer who can demonstrate the cameras functions – well, that’s easily worth the extra $50 bucks.

Perhaps eBay grey marketers don’t have this camera available simply due to Canon and Nikon’s popularity compared to Olympus. Or maybe Olympus is more serious about controlling leakage into the grey market. Either way, Aussie photo retailers win with Olympus. 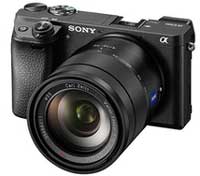 I mentioned to a colleague who keeps a close watch on camera prices that I was doing one of these rough surveys, and was advised to have a look at a Sony’s pricing. The newly-released Sony A6300 seemed a reasonable candidate.

Local body only pricing was all over the camera shop. Camera House online was offering it for $1499. Yet it was $1581 at discounter DCW and $1699 at another ‘clicks and mortar’ retailer. A $200 difference for a new release? Might have something to do with selling strategies – selling a kit versus selling a camera and a lens.

It wasn’t stocked at Kogan. B&H had it for around $1365 including shipping – with tax of $260, over double the GST rate –  if you agree to let B&H take out duties and taxes at their end. (Not likely!) The body only price of $1403 including delivery from T-Dimension in HK bettered the best local price – by quite a lot if you exclude the unusual Camera House ‘outlier’. The again, T-Dimension was almost $100 cheaper than next best eBay price. 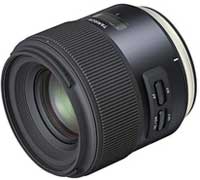 For the first time B&H has beaten the competitive Australian price, offering this lens for $812 postage included.

It’s unclear why exactly this lens is cheaper in the US. The previously compared products are mostly cheaper or at worse line-ball in Australia after converting the US prices to Australian dollars. This lens is the exception.

But, if a customer is thinking about buying outside Australia at an even lower price, another $40-odd dollars can be saved by buying from a warehouse in Hong Kong on eBay.

E-infinity, based in China, has this lens for $779 and free postage. A one-year limited warranty is available, at the discretion of the buyer, obviously, and there’s no GST of course. Oh, and an instruction book is not included with the lens ‘for environmentally friends reasons’ (yeah, right).

What do you think? Has Australian retailing sufficient price parity with offshore competitors? Are there any niches – for instance, accessory lenses – where local retailers are more vulnerable?