The following is a ‘companion piece’ to our report last week on Bill McCurry’s PMA Podcast interview with Digital Camera Warehouse’s Lucinda Dalton. 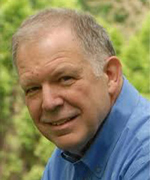 We asked Bill (pictured right) whether he thought DCW ‘has more similarities or differences to other successful photo retail operations you have encountered in your travels?’ This is his reply:

There are a couple of things that make them different. The biggest is that they have a set of standards and stick with them. Among the biggest is they set what they think are very sharp, super-competitive prices on a wide range of products and don’t deviate from that – all customers pay the same price regardless of the channel (on-line, on the phone, or in store).

If a customer wants a better price they attempt to convince them that their price for everything the customer is going to buy is likely less than saving a few dollars on the camera and paying more for accessories – or they let the customer walk. 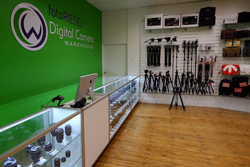 DCW believes its employees are passionate about photography and helping customers. Its social media has testimonials to this effect. This overcomes for most customers instances when the customer may find a slightly lower price. They do not negotiate . . . they tell one and all their price is fair and that’s their cost of doing business at the DCW customer service level.

The ‘haggling paradox’
So many other retailers will turn their store into a bazaar and haggle all day – while some customers see this as ‘fun’ most would rather get a fair price and not walk out worried they weren’t good enough negotiators. In days of old a customer who negotiated thought they got a better deal. Today probably more customers have buyer’s remorse after negotiating, believing they didn’t get the best possible deal, so their feelings toward the merchant and the transaction is that they’ve been ripped off .

I’m not advocating either retail philosophy, only pointing out that DCW appears very successful in taking this approach.

Resource allocation
A second lesson to be learned is to pick your battles, allocate your resources. I asked Lucinda what made them go into the lab business after all these years. She said it was always on their To Do list – but they had to have the people and management time to focus on it.

The Foto Riesel opportunity got them staff, equipment and some existing customers so the launch was much easier than starting from ground zero. It wasn’t that they didn’t want to be in the lab business, it was that they knew for them to do it they had to devote a lot of resources to it. There are other areas you could see DCW expand into, but not as a knee-jerk reaction – they will consider it, plan it and execute deliberately. . . . not the same thing as going to an industry show, seeing a piece of kit in a manufacturer’s stand and saying “I’ll buy that and go into the lab business.”

Again, I’m not arguing the spontaneous decision maker is wrong – only that the DCW discipline is different. Each could be successful depending on numerous factors.
– Bill McCurry, McCurry Associates