The full program for the PMA 2014 Specialty Industry Conference has just been finalised, revealing some hidden gems which hadn’t been previously highlighted.

The best is arguably kept ’til last, in the form of the sessions where real live retailers have the opportunity to discuss their own experiences and successes. 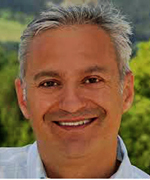 Alex Christianian’s business, Mike’s Cameras, took over a bunch of stores from the bankrupt Ritz chain a long way from home base in Boulder Colorado – as far afield as California.

‘It would be like Michaels deciding to expand to Ayers Rock,’ fellow US visitor Bill McCurry explains. ‘I thought they were nuts taking on these stores six weeks before Christmas, but with the same locations and largely the same people they have made a success of what was previously part of something which had failed badly.

(Mr McCurry is a passionate advocate for – and ‘coach’ of – the specialist photo retailer. He kicks off proceedings with John Swainston – Maxwell International – in the first session of the day, on Worldwide Retail Best Practice – aka ‘Jungle Survival isn’t enough anymore’. He always makes a valuable contribution whenever he stands up to speak. 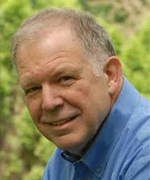 ‘I’ve been into all but one of Mikes cameras stores,’ he continued, ‘and they are among the cleanest, best displayed stores around. And when you walk in you know immediately they are in the services and hardware business.

‘There’s nothing new under the sun, right? But when you see these stores and listen to Alex you should be able to take some of that and tweak it to use in your own business.

‘And that’s what it’s about right now. There’s no “killer app”, but you can maybe copy all of this and take half of that and a third of that over there and make it work. That’s why attending these kinds of events can be so valuable.’

Following Alex Christianian’s presentation, Alan Logue (Hutt St  Photos, Adelaide) will share his experience driving output sales by focussing on image restoration and scanning services. He used the centenary of the start of WW1 to help focus on the need to preserve images of the past. His success in this barely-exploited niche would seem repeatable in any number of photo retail outlets… 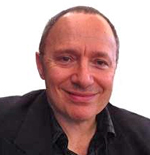 Meanwhile, Bruno Polito (OK he’s not a retailer, but as part of the IPS team, a hell of a lot closer to retailers than most marketing managers) will present a range of local websites that are on the money and consequently building their online business.

Phil Gresham (Fotofast, Brisbane) has a great story to tell revolving around his success with Instagram-based services. An early version of this presentation was a highlight of the IPI conference earlier this year in Las Vegas, and Phil has no doubt moved further up the Instagram learning curve by now. 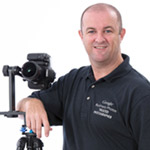 Paul Dawson (Hydro Photographics, Pt Macquarie) is drilling down on one single but critical issue – Google. How to make your business look good on Google, how to get a higher rating on the Google search page and how to combine that with an effective Google Maps listing. It’s not rocket surgery, but this whole area of customer searches and search engine optimisation is something anyone with a small business needs to be on top of.

Another must-see event occurs earlier in the day -the retailer forum facilitated by Bill McCurry. Mr McCurry shines in this role, and with a panel of articulate and forthright local retailers, this one is sure to be both educational and entertaining.

As the brochure states: ‘If you’re tired of hearing things that sound like they were written by a corporate PR department, this is your session.’