Another Corner for photo specialty in NZ

When a brand new shopping mall, NorthWest shopping centre, was announced for West Auckland, NZ, Neil Allan thought it might be the ideal location for his second Camera Corner store. His first Camera Corner, formerly a Camera House outlet, had been operating since 2009 in the Westfield centre in nearby Henderson. But a new photo store in 2015? What was he thinking! He tells us in the following responses… 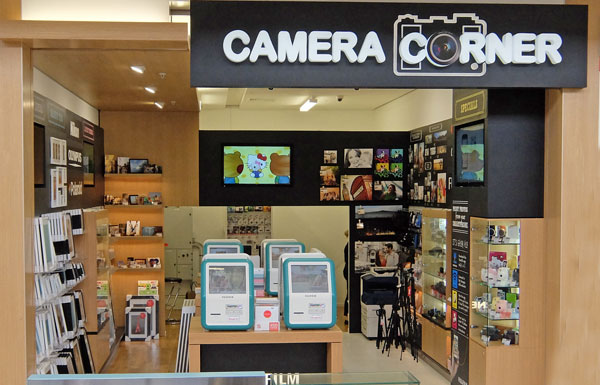 What was the concept behind the new store – what are you aiming for?
The main reason I decided to open another store was location: It’s within the primary catchment area forecast to grow rapidly with the completion of the fast-tracked residential developments and also the development of the big guys like Freedom, Mitre 10 and many more, and of the NorthWest Shopping Centre in which the new store is located.

People thought I was nuts, but I disagreed with them. I feel there is still a huge market out there –  you just have to think outside the box, and look at doing things in-store where you make the margin and not someone else. A wide-format printer is a must for the business so you can offer canvas prints and posters all in-store. I even import my own rolls of canvas and wooden bars from China to make more margin, and most recently started importing photo albums. 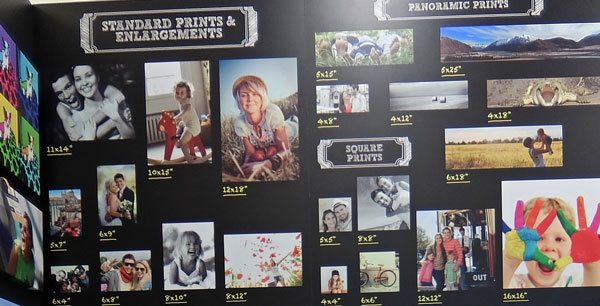 What does Camera Corner North West offer?
In-store photo kiosks, which allow you to print from your digital cameras, smartphones and also social networks. Passport photos from New Zealand to International, canvas printing, mounting of the canvas prints, photo enlargements from mini size up to banner size. This is all done in store, which has been a successful business model for Camera Corner Henderson. Camera Corner also stocks a huge range of photo frames and photo albums. Cameras have become a smaller part of our business so we have added in those other services to help increase and keep our turn around up.

It looks a bit similar to the Fuji Wonder Store concept on show at the recent Digital Show in Melbourne. Is there a ‘Fuji connection’ in setting up the store, or is that co-incidence?
There was no assistance from Fuji with the setting up of store. I saw some photos a year or so ago from a roadshow in Europe which inspired some ideas for a few store concepts.

It’s a smart fit-out – did you have assistance from store design people or nut out the look yourself?
Having the store within a shopping centre meant I had to get a designer on board who I briefed with my thoughts and ideas. Since last October, when I first signed the lease for the site, we worked out what things were going to look like until the start of the fit-out mid-August when the whole shopping centre had all the stores getting their fit-outs done. Which then had to be complete for the Oct 1 centre opening

What array of printing equipment do you have in store?
At Camera Corner NorthWest we use a Fujifilm DL600 Dry Lab, 8 Fuji kiosks and also an Epson 7890 wide-format printer for posters and doing our canvas printing in-store.

Our Henderson store currently uses Fujifilm equipment – a Frontier 500 and 12 kiosks. Service on the equipment has always been so amazing from Fuji when needed.

There looks to be an emphasis on pics from phones – it’s early days, but is that working for you?
More than 80 percent of our customers are wanting to print from their smartphones and tablets now. Fewer customers seem to be using their digital cameras. Customers need to be made more aware that they need to start printing their photos off and also banking them up. 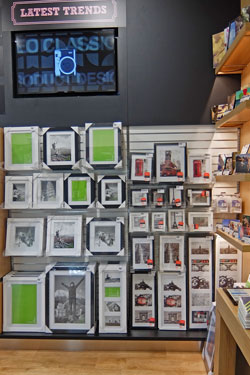 The store is called ‘Camera Corner’ – do you stock a large range of cameras? Do you have a full range of brands or are you concentrating on just a few?
We only have about 50 square metres, but it’s amazing how much you can get into a store when it’s designed and stocked correctly. We have three display cabinets; one with digital cameras, another one has binoculars, and in the smaller one we have Fujifilm Instax cameras. Instax is huge for us – we sell lots of the cameras and I have just been able to source a range of accessories for them which customers love (cases, and film with different boarders and albums for the photos.)

Current camera brands and Nikon, Canon (hard to get but managed in the end), Olympus, Fujifilm, Polaroid and Go-Pro. We decided not to overstock with cameras, so we have a small range and if customers ask for something which we don’t have we can get it in. Cameras don’t make me money – they sit there and tie up funds which could be better spent.

What do you see as your strongest categories – there’s a good offering of tripods, for instance.
Strongest areas are photo prints and enlargements, canvas prints, photo frames, blocks & allbums. Not so much in the camera area.

Do you get a sense that people – younger people especially – are re-engaging with hard copy?
Yes people are still wanting to print photos off.

It comes down to having the right staff on board, people who don’t  just take the order for kiosk 6×4 photos. It’s about talking to the customer, giving great service, showing them other things that can be done with their photos. There is a mix of age groups printing

How has business overall been so far? Is the new mall popular?
Business is going well at the new location, customers are giving great feedback saying things like ‘great to see a photo store opened’ and ‘we’ll be back’

I have been really pleased with how things have been going, I was worried that the opening of the new shopping centre would affect our other store, which is about 15km away but it hasn’t, which is very positive.

The new mall seems to be attracting people from different areas.

Any other points to make about the store, photo retailing in NZ, etc?
Some people have questioned about our print pricing and said ‘it’s cheaper at Harvey Normans’ saying 12c etc…

These kind of customers aren’t really the kind who I am trying to attract as they are just about getting a bargain and getting things for free. We offer service, product knowledge and give the personal touch which more and more people these days are wanting. 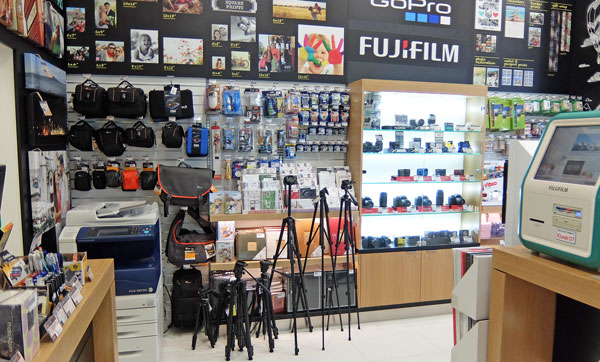