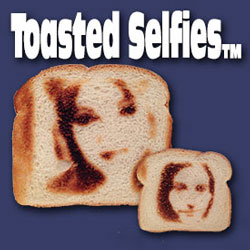 Burned Impressions of Vermont in the US is selling toasters that make customised bread selfies. If you send in US$75 and a reasonable likeness of yourself on a digital file, nine days later you will receive a toaster which ‘prints’ a toasted version of that reasonable likeness. For an extra $25, Burned Impressions will deliver a toaster which has a different image on each side of the toast.

Burned Impressions started out in 2010 with the Jesus Toaster and hasn’t looked back. ‘But how about quality control?’ I’m sure readers are wondering. Here’s the Burned Impressions quality guarantee: We are good but remember fine detail is darn near impossible to achieve with heat and toast. If we squint and can’t see your face we will cancel your order and refund the full puchase price. No hard feelings.

Leica announces Leica M-P
‘Based on the otherwise identical Leica M, the Leica M-P offers all the technical advantages of the Leica M-System and several additional features, for example an enlarged buffer memory,’ the Leica press release explained. 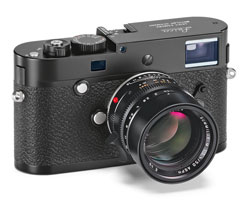 The $10,000 Leica M-P (US price is US$7990) has buffer memory increased to 2 GB – twice the size of that of the Leica M. Other features hightlighted in the press release include a tough and clear spahhire glass LCD cover. The Leica logo has been repleaced on the top plate ‘by a subtle Leica script.’

But why Leica M-P?  ‘The ‘P’ in the name of this camera indicates the particularly discreet and enduring design concept with which the Leica M-P joins the line of Leica M-Cameras conceived especially to fulfil the needs of professional photographers,’ the press release explained. In other words (we think),  P stands for Professional.

The camera will be available in black and chrome versions.

Nikon has been hit with a 31 percent drop in global sales of interchangeable-lens digital cameras in the three months to 30 June.

Canon sold 2.3 million compact cameras in the second quarter, a 36 percent decrease from a year earlier. Sales of the company’s single-lens reflex cameras dropped to 1.7 million from 2.1 million.

Demand for compact system cameras rose 12.8 percent in the first half of 2014, while DSLR shipments fell 21.7 percent according to the Japanese Camera & Imaging Products Association.

Global shipments of mirrorless interchangeable-lens models reached 1.49 million units, with value 40 percent up on a year earlier. DSLR shipments over the six months were 4.9m cameras.