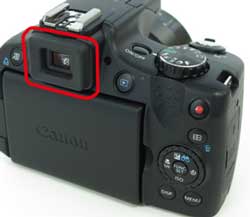 Canon has recalled a batch of 14,000 PowerShot SX50 HS compact digital cameras in the US  due to a potential eye and skin irritation issue, and has issued a Service Notice on its Australian website on the camera.

According to the US Consumer Product Safety Commission, ‘A chemical used in the rubber part of the viewfinders on the camera can cause skin or eye irritation or an allergic reaction to the user.’

The recall followed complaints of itching and red eyes from US consumers.

Canon experienced a similar problem with the Canon EOS 650D in 2012.

Back up, buddy!
One in five people have never backed up their digital devices, despite the same share having lost one or had it stolen or damaged, according to a UK poll.

With one trillion photos predicted to be captured this year the news underscores the likelihood that many images – some of them irreplaceble – will be lost.

The survey of 200 consumers by Acronis, a data protection software provider, found that of those who back up data, only 24 percent had done so in the past week.

Almost half (well, 42.5 percent) of consumers back up data on USBs or hard drives, while only 18 percent used a cloud-based service.

‘While there are some good, standard options available on most desktops and laptops, many popular cloud tools aren’t enough to ensure complete protection or fast recovery of data,’ according to Nat Maple, who has an impressive title at Acronis.

‘Consumers should benefit from a full system image backup solution to their digital lives and apply the “3-2-1” backup rule. That means that people should have thee of everything they care about, in two different formats, and one copy offsite. This is easy, quick and affordable for all users.”

– And if one of those three copies happened to be hard copy prints for valuable photos, well you could actually enjoy them as well as keeping them secure. What a wonderful world it would be. 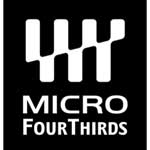 JVCKenwood is the latest company to sign on to the Micro Four Thirds format, and has announced a ‘4k mini camera system equipped with a 4K Super35mm image sensor’ at the National Association of Broadcasters show in Las Vegas, USA.

Kenwood merged with JVC in October 2011, to form JVCKENWOOD, based in Yokohama, Japan.