Ansel Adam’s 4×5 up for auction
A pristine-condition Arca Swiss 4×5 camera owned by Ansel Adams is up for auction next week (July 9) by the Revival Auction Company, Wallingford Connecticut. The still-operable view camera was used by Adams from 1964 to 1968, and it’s expected to sell for US$300,000 or more. It may be the first Ansel Adams camera to become available for sale.

It was handed down to his long-time assistant and printer Liliane DeCock, who continued to use it, and was inherited by her son when she died in 2013. It will be sold off with numerous old Leicas – some owned by Leica 35mm pioneer and early LIFE photographer, Willard Morgan – and other beautiful old cameras and lenses in what’s called the DeCock-Morgan collection. While Ansel Adam’s Arca Swiss is out of the question except perhaps for Michael Warshall, some of this gear seems surprisingly affordable. And online bids are being accepted.

Gura Gear, which has only been in existence since 2008 will ‘build upon a brand with a legacy of designing solutions for photographers and a dedicated customer following while leveraging worldwide distribution.’ Gura Gear will relocate Tamrac’s assets and expand its own Ogden, Utah facilities. 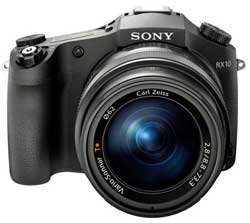 Sony has dropped the price of the high-end RX10 fixed lens compact by US$300 in the US, according to US photo news website, Petapixel, down from US$1300 to US$1000.

The website speculated that this was Sony’s response to competiton from the Panazonic FZ1000, a similar but slightly superior-specced compact. Both run a 1-inch, 20 megapixel sensor while the Panasonic has a longer zoom range and shoots 4K video.