SanDisk has announced local availability of a 512GB SD card, along with a fast new microSD card. 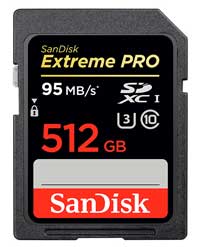 SanDisk notes that with the introduction of a 512GB card, SD card capacity has increased 1000 times in just over a decade.

SanDisk states new 512GB cards are built for and tested in harsh conditions. They can withstand high temperatures and are waterproof, shockproof and x-ray resistant. They come with a lifetime limited warranty and buyers can register for a free download offer for RescuePRO Deluxe data recovery software. 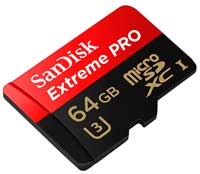 SanDisk claims its new 64GB SanDisk Extreme PRO microSDXC UHS-I is the world’s fastest microSD UHS-I memory card. It’s designed for the latest smart-phones and can support 4K Ultra HD video recording. Transfer speeds are up to 95MB/second. They will be available in October with the 32GB version at $89 and the 64GB card at $179.

SanDisk’s supplier to the photo channel is CR Kennedy.