Just a few weeks after announcing the Nikon 1 V3, Nikon Australia has followed up with another mirrorless interchangeable, the entry-level Nikon 1 J4, as well as a new enthusiast-standard 18-300mm lens.

In other parts of the world, Nikon also announced the Coolpix S810c, an upgrade to its original Android-powered digital compact.

The Nikon 1 J4 will be available in Australia from May 15 in white. No pricing has been supplied. 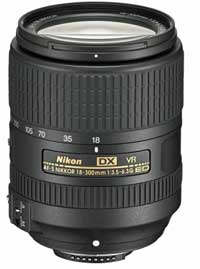 Key features:
– Compact and lightweight with a maximum diameter of 78.5mm, length of 99mm, and weight of 550g – conveniently small and light enough for use when travelling;
– Equipped with a Vibration Reduction (VR) function for camera shake compensation ‘equivalent to a 4-stop increase in shutter speed’;
– Optical design with ED glass and aspherical lens elements;
– Support for close-up shooting with a minimum focus distance of 0.48m;
– Equipped with a Silent Wave Motor (SWM) for quiet autofocusing.

The new 18-300mm lens wil be available April 24. No pricing supplied. Pricing on Nikon US press release is US$900. 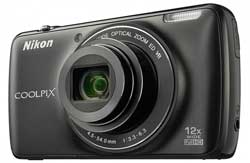 In other markets, Nikon also announced a successor to its first Android camera, providing some competition to the Samsung Galaxy Camera.

The S810c looks identical to the outgoing S800c. It uses a 16-megapixel back-illuminated CMOS sensor, as did its predecessor, but has a 12x optical zoom lens compared to the older camera’s 10x zoom. The lens uses both lens-shift and electronic vibration reduction for steady images.

The screen is larger at 3.7 inches, but instead of OLED technology the screen is now a standard WVGA screen with display resolution at 1.2-million dots.

It uses Android 4.2.2 Jelly Bean. When it is connected to Wi-Fi you can upload photos directly to social media sites by using their respective native apps, download photo Android apps to use with the camera, surf the Web, check email, or run any app as you would on an Android smartphone.

The S810c will retail for US$350 in America. Local release plans have not been revealed. (‘There are currently no plans to launch the Coolpix S810c in Australia, but we will update you if this changes.’)