DSLR down, mirrorless up

The latest (May) figures from CIPA on Japanese camera production and shipments paint a picture of a steadily declining market, with only the mirrorless interchangeable/CSC/non-reflex/EVIL category defying the trend.(Even though it doesn’t even have an agreed-upon name as yet!)

The overall camera market is down to just 65 percent of what was being manufactured and shipped compared to the same period (Jan-May) last year, and the more valuable cameras-with-interchangeable-lens sector (DSLRs and mirrorless) has dropped by a less shocking but still depressing 86 percent of shipments compared to the same five months in 2013.

But mirrorless cameras taken as a category on its own shows healthy growth – with production 16 percent up on Jan-May 2013 and shipments up 12 percent.

There’s another factor in the CIPA figures which should dissuade wrist-slashing by local photo specialists – shipments to ‘The Americas’ (which of course includes the massive US market) are dragging down the overall figures: Shipments are at 52 percent of Jan-May 2013 levels overall, with compact camera shipments at under half (48 percent) of 2013 levels! The Americas even defies the mirrorless interchangeable camera growth trend – down to 88 percent of 2013 levels.

In every other corner of the world, mirrorless interchangeable camera sales are up.

But wait – that’s not all! Not only are sales up in volume terms, but in value as well (as measured in yen). While shipments are up 12 percent, value is up 38.5 percent – far outstripping modest value growth in both compacts or DSLRs. 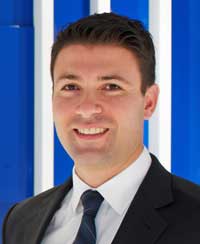 We asked Olympus general manager Joe Tizzone (pictured right) whether its mirrorless camera sales reflected the growth shown in the CIPA figures: ‘Absolutely,’ he said. ‘The Compact System Camera (CSC) market in 2014 thus far is showing growth across the board, but most critically in average sellling price, with the ASP up approximately 30 percent.’

Unfortunately, when it comes to lenses, CIPA divides sales into ‘lenses for 35mm cameras’ and ‘lenses for smaller than 35mm cameras’, so it’s not possible to identify whether accessory lens sales for mirrorless interchangeables are equally healthy. However Mr Tizzone informed Photo Counter that ‘from an Olympus perspective our attachment rate of lenses has increased near 15 percent thus far in 2014.’

Olympus has chosen to throw its support behind the photo specialist channel with the OM-D range, and it seems to have worked: ‘Our strategy with the specialist channel is working very well. We view the path to market as a partnership and look at all the key considerations for both parties.

‘The market remains challenging but we are optimistic, right now we have great product in a growth segment.’ 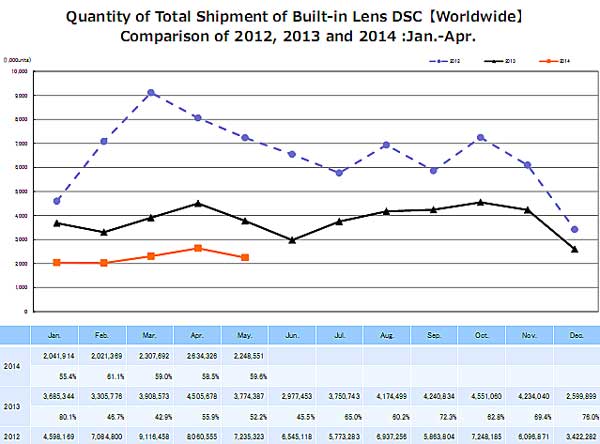