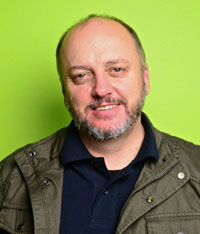 PROtog is a relatively new distributor to the photo channel and handles brands such as the UK’s, 3 Legged Thing tripods, Spider holsters, and Powerex batteries and chargers. The extensive product range is oriented towards the professional photographer.

Brian McKinnon (pictured right) has previously worked with major brands including Vanguard, Tamrac, Kenko, and Nikon, and was most recently with photo specialist Photographic Wholesalers in Adelaide’

‘We’re excited to have Brian join our team. We’re sure he’ll help us continue to grow our dealer channel and play a key role in furthering our product expansion,’ said PROtog’s managing director, Jeff Servaas.

PROtog has also flagged a website re-launch, expansion of its product line-up and a prominent presence at The Digital Show in Melbourne in September. It’s currently seeking retail stockists. Call Mike Griffiths on 1300 491 531.

Nulab Group’s Picpress won the gold award for photo books at the National Print Awards in Melbourne last month, in addition to a silver award for inkjet printing and (for the fourth time) the Currie Group Award Prize for the most innovative use of imaging in printing.

DES is offering discounts of 40 percent on a broad range of selected media – primarily Chromajet product – in a special online promotion. The promotion is online only and while stocks last.

Click here for more information. The promotion available for online orders only, while stocks last. 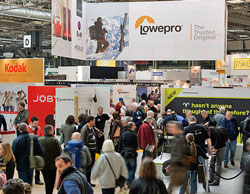 After a 24-year run, organisers of Europe’s largest annual photo equipment exhibition,  Focus On Imaging, have announced the 2013 show was the last.

The 2013 event, held in Birmingham in March, attracted 35,000 visitors, around 8 percent down on the previous year.

The show organisers did not appear to be in financial difficulty, but UK photo specialist publication Amateur Photographer speculated that the stress and risk associated with increasingly late bookings persuaded them to call it a day.

Big players like Panasonic, Sony, Samsung and Pentax did not exhibit in 2013.

Following its zany YouTube campaign bagging DSLR users as socially inept, Sony has now embarked upon a ‘hunt for Australia’s worst photos’ in its ‘No More Bad Photos’ competition, which ‘follows the success of last year’s campaign’.

Photographers can upload their worst photos for the chance to win a Sony Cyber-shot HX50V (RRP $499).

Canon is calling for applicants for its annual environmental grants program – offering Canon product to the retail value of $45,000 to Australian and New Zealand organisations dedicated to making a positive impact on their environment and the community.

Each winning project can choose $5000 worth of Canon equipment from digital compact and DSLR cameras, to binoculars and projectors. For more information, visit the Canon website.