Kodak A/NZ – the story so far

After a series of changes over the past few years as Kodak moved towards an increasingly outsourced approach to supplying its customers, the new model has now taken on a more uniform shape both in Australia and New Zealand.

In both countries, Leading Edge Digital is the buying and marketing group for Kodak Express-type outlets and in Australia, participating Photo Plus retailers as well.

Independent Photo (IPS) is Kodak’s photo specialist supply partner for paper and chemistry in Australia, and from September 1, formally takes over that role from Croxley in New Zealand.

Leading Edge and Independent Photo have signed a partnership agreement committing themselves to working closely together in servicing their shared Kodak-supporting independent photo specialist customers. 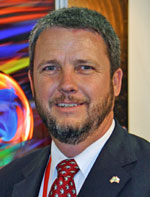 Paper pricing from Croxley in New Zealand emerged as an issue at that conference.

‘For these guys (NZ photo retailers) to be successful they’ve got to be able to buy product at what they see is a reasonable price,’ said Leading Edge Digital general manager, Michael Carr (pictured below right). ‘At the moment (via Croxley) there is probably the feeling that it might be a bit high.’

He added that there had been no complaints on paper pricing from Australian retailers.

As well as producing catalogues for its member retailers, Leading Edge sources product from a range of other suppliers beyond Kodak. 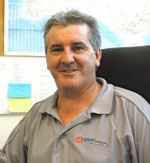 ‘The way it works is through central billing. We set up the major account with suppliers – Nikon or Panasonic or whatever – the stores order direct on the supplier and the stock gets shipped direct to the store, and we central bill it from there,’ explained Leading Edge’s Michael Carr.

Central billing for NZ stores will be handled from Leading Edge NZ.

In Australia, Leading Edge Digital has 74 members including Photo Plus outlets, while there are 50 Leading Edge-supported Kodak outlets in NZ. Not all Kodak Express outlets are affiliated with Leading Edge in Australia.

A characteristic of the new Leading Edge/Independent Photo model is that New Zealand operations of both entities are run locally, rather than from across the Tasman.

‘New Zealanders like to do it themselves,’ said Mr Carr. ‘They want people on the ground. They want visits. It would have been hard for us to facilitate that from here.

‘That’s why we went this way. The Leading Edge guys in New Zealand are out and about. They have a head office over there, the right advertising and buying staff, and all that made it sensible to work very closely with the NZ guys and support that program over there.’

‘Independent Photo New Zealand is a 100 percent photographic company with expert field staff who understand the nuances of the photographic industry,’ said Independent Photo’s Stuart Holmes. ‘IPS NZ will bring new and exciting Kodak media products not yet seen before in the New Zealand market to provide the KEX Group with compelling set of USPs to offer the Kiwi consumer.’

He added that Independent Photo also looked forward to ‘presenting the exciting and vibrant Dakis online world to the KEX NZ members’ including online and in-store prints, photo gifts and photo books.

Leading Edge will probably hold a combined conference for Kodak Express members from New Zealnd and Australia next year.

”The though is that the suppliers are the same, the stores are the same, so we looking at the potential of running it immediately before or after PMA (Melbourne, September 2013), said Mr Carr. ‘There’s nothing put in concrete, but it makes sense to combine, and not have separate conferences.

He said Leading Edge was ‘definitely looking for new members’.

‘We’ve got a couple on the boil at the moment and Kodak has agreed that we can pick up Kodak-branded and non Kodak-branded stores.

‘If there are any other independents out there that want to be part of the Photo Plus/Leading Edge Kodak type thing they can contact me and we’ll go through and see if we can get them on board.’

He said there were other Kodak stores which aren’t part of Leading Edge, along with retailers who may have been with Camera House or Fletchers ‘or Fuji Fuji when it was running around’.

‘When we kicked this thing off two and a half years ago they already had an alliance, so there’s still probably another 40 or 50 Kodak stores out there that aren’t part of our group,’ he said.

(NOTE: To reduce confusion, I have not mentioned other active Kodak distributors in Australia in this report. But at Kodak, simplicity is avoided at all costs! Both C-Direct and Australian Photo Supplies (APS) continue to supply other groups of customers, with C-Direct having strengths in pharmacy and APS among photo specialists. APS has over 200 accounts in photo stores and pharmacies with labs.