In an indication of a welcome re-engagement with the photo specialist channel, Fujifilm is supporting the 2012 PMA Australia Future Leaders Program with a top-level Platinum sponsorship. 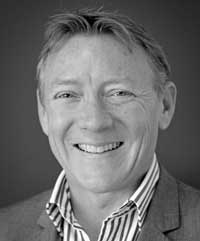 ‘For over 12 years the PMA Young Achiever Award has been a very successful event and in 2011 the program was expanded, making training available to an even larger group of future industry leaders with wider eligibility for entrants,’ said Paul Rogers (pictured right), Fujifilm Australia general manager, Consumer Imaging.

‘The objective of the program is to expose future leaders to training and techniques that will make them better employees for the entire industry. We see this program as incredibly worthwhile. I’m delighted to say that for the 2012 event Fujifilm will be a Platinum Sponsor.’

We asked Mr Rogers whether this sponsorship did reflect a revived interest in the specialist channel, and he responded thus:

‘Fujifilm has been part of the Australian photographic industry for over 50 years. It’s something we are proud of and passionate about.

‘As Fujifilm are in a unique position of offering high quality cameras and high quality silver halide prints, we are now focussing our messaging and brand to be more around the complete tactile experience of The Art of Photography.

‘The PMA Young Achiever program is important to the whole industry as it assists in the identification and development of our future leaders. Thus, as one of the industry’s major players, we see sponsorship of the program as a logical thing to do,and we’re delighted to be a part of it.

‘Another point to note is that, with Fujifilm’s launch of our X series range of digital cameras (including the X100 and X Pro 1) this gives us even more relevancy to Photo Specialty and Professional customers, and we will strive to support and engage them in every way we can moving forward.

In 2011, 55 participants took part in the first Future Leaders Program Workshops in Sydney, Melbourne and Brisbane, from a variety of retail, wholesale, professional photography and picture framing businesses.

This year the program will be conducted in Sydney and Melbourne, and PMA is encouraging all members to nominate staff to participate.

The one-day workshops were developed and run by PMA’s long-time training partner, The Friedman Group. Friedman Group training is distinguished by its focus on developing sales metrics for staff members and holding them accountable for results.

For more details on the Future Leaders Program or PMA membership, call Kathy Warlum on 02 9454 2444, kwarlum@pmai.org

COMMENT: We have been told by a number of well-informed sources that Fujfilm is making efforts both here and in New Zealand to re-connect with specialist retailers. This new Fujifilm support for the PMA Future Leaders Program is welcome in itself, and could also be a manifestation of this renewed interest in the specialist channel. It’s no secret that Fujifilm managing director, Dave Marshall, has seen the specialist channel as a bit player in ‘the industry’ – as he sees it. Here’s what he said to a PMA-organised industry meeting in Sydney last year:

‘‘Hands up consumer electronics retailers in the room? Hands up mass merchants in the room?’ (to a display of no hands).

‘Whether we like it or not,’ he continued, ‘Industries are industries. Consumer and mass accounts for probably 77 percent of the industry, so we have 23 percent represented in the room. (He later revised the contribution of the specialty channel down to around 15 percent, a figure he said was based on discussions with PMA International.)

The specialist channel would benefit from more Fujifilm support  – though it now has independent alternatives in IPS, Photo Direct and APS. Could it be that Fujifilm has changed its corporate mind about the relevance – indeed, the continued existence – of its most loyal group of customers? Let’s hope so!
– Keith Shipton