Harvey Norman has posted a disappointing first half (to December) financial result, with a 2.1 percent drop in profit to $128.95 million. 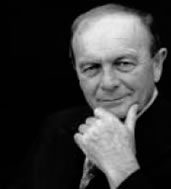 Global sales results for the first half fell 6.1 percent to $3.11 billion, while Australian store sales fell 6.8 percent in the first quarter and a troubling 10.2 percent in the second quarter.

Harvey Norman stores typically have individual franchisees operating a series of businesses – including its photo centres.

The AV and IT categories – in which Harvey’s photography retailing resides – have been hardest hit, due to price and margin erosion. Harvey Norman said sales from its furniture and bedding franchisees remained strong, and that home appliances performed well on the back of the home renovation boom.

Yet while some franchisees are clearly suffering, Harvey Norman chairman Gerry Harvey sees its franchise system as a positive for the business and for shareholders, as indicated in his Chairman’s Report:

‘We believe that the franchise format of operating is the most viable option to endure the current downturn in the retail sector,’ said Mr Harvey.

‘Our diversified strategy of managing an integrated retail, franchise and property system has enable us to mitigate some of these negative headwinds and allow us to build on an exceptionally strong net asset base to provide future growth,’ he said.

‘We have approximately 700 franchisees operating as independent business owners within our franchise system,’ Harvey said. ‘These independent business owners have access to a system that provides them with a well-established iconic brand, suitably located and well-maintained retail premises and access to supplier arrangements typically enjoyed by a large-scale retailer.

‘This enables our franchisees to concentrate on running their retail business to generate solid margins and returns in the face of aggressive competition and severe price deflation.’

According to a report in The Canberra Times, Harvey Norman will close its Westfield Woden store this month, with 36 staff members being offered either redundancy packages or relocated to other stores.

Chief operating officer John Slack-Smith said the retailer had decided not to renew it lease after 30 years of trading at Woden. Senior executives told franchisees and staff that the decision was based ‘on commercial grounds’.