Photo Counter looks back on the news which mattered in 2011.

Our first lead story back on January 10 this year was titled ‘Seller Beware’ and covered the implications to retailers of the new Consumer Laws. This subject was revisited several times over the year. It became apparent by about July that suppliers were not keen to put their heads above the parapet on this one, with the onus of responsibility for unsatisfactory products both broadenin,g and apparently coming to rest with the retailer.

It’s worth noting that January 1 next year (ie, next week!) sees a new requirement – all warranties must include the following statement:

‘Our goods come with guarantees that cannot be excluded under the Australian Consumer Law. You are entitled to a replacement or refund for a major failure and for compensation for any other reasonably foreseeable loss or damage. You are also entitled to have the goods repaired or replaced if the goods fail to be of acceptable quality and the failure does not amount to a major failure.’

For more details, Clayton Utz has put together a useful guide for both wholesalers and retailers.

The GST-free issue was also raging in January, with the shoppers friend, Gerry Harvey, making some unwise remarks about how the whole thing was bloody unfair, and the Fair Imports Alliance, a coalition of retail and wholesale industry associations, asking him to pull his head in. But by that time, the cat had been well and truly belled. If you hadn’t known that stuff was cheaper overseas via the internet, you did now!

January also saw PMA rebrand its annual tradeshow Cliq and launch a website of the same name. The website still exists but the annual PMA exhibition, it’s main revenue earner, was cancelled and substituted with the new PMA@CES  event next January. (See report this issue.)

2012 has been a grim year for PMA. It will be interesting to see if new head Jim Esp, appointed in November to replace Ted Fox, can sail the ship into calmer waters.

One of the developing themes of 2012 was the pricing differentials between local retailers and offshore competitors. We ran a story in February noting that Pentax and Ricoh seemed to be able to keep their local pricing in line with what was available overseas, pondering why Canon, Nikon, Sony, Olympus and the rest found it impossible to do the same.

Not to be outdone by 9 and 10 cent prints by Harveys and Big W out of Fujifilm, The Good Guys and Kodak distinguished themselves in February with a 5 cent print offer in some Queensland outlets.

February also saw Canon fill out its DSLR range with the EOS 1100D and 600D, but the big general news story was the Queensland floods. For the most part, photo retailers were spared direct impact, although Emerald Photos was inundated. 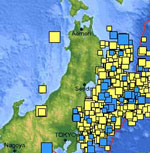 The floods were followed in March by the Japanese tsunami. Fears of long-term supply issues proved to be unfounded, with only minor and short-term disruptions to supply.

We ran a story in April about Sony narrowing the gap on Canon on the camera manufacturers’ global league table in 2010, with Nikon trailing in third place.

Canon held its worldwide leadership with a 19 percent share, identical to its Australian market share. Could be that Nikon gets its coveted Number 2 position back when they run the figures for 2011.

In April we also reported that Sony had decided not to exhibit at the Australian photo equipment exhibition, which turned out to be in its final year of joint PICA/PMA management. Samsung was another worrying no-show. PICA effectively took the show back from PMA shortly after the news that head office was in strife. Will they make Dave Marshall’s dreams come true by coming back in 2012?

The Nikon D5100 was announced in late April.

IPS (aka Indepdent Photo Supplies aka iPhoto) was a local company on the move in 2011, pulling off several consecutive coups in the middle of the year. The first was getting a foot in the door as an alternative paper and chemistry supplier to Camera House members, with Fujifilm losing its long-standing monopoly. IPS also took on supply of Mitsubishi photo paper, was made a distributor to independent retailers for Kodak paper and chemistry, and established local partnerships with Dakis for online photo software and large US buying and marketing group IPI.

Around the middle of the year the PhotoPlus group and Leading Edge merged to create the Australian buying group with the largest number of outlets.

Canon unsurprisingly emerged as top Australian camera brand according to GfK figures, with one in every three dollars spent on cameras spent on a Canon in 2010.

One of the most commented-on stories we ran through the year was an opinion piece from a photographer who argued that the industry was fooling itself if it thought GST-free sales from offshore was the main problem in Australian photo retailing.

‘…to blather on about GST, as though 10 percent  is going to make a difference when the disparity in price is more than 100 percent, is delusional,’ he said.

In May we broke the story that PICA intended to form a new association with a new name – a plan which came to fruition later in the year, along with plans to turn the annual photo show to a digital lifestyle show and introduce retail sales from the show floor.

In May we also reported that Kodak had (some months earlier) established its own online retail store, a move followed later in the year – and with a lot more angst from its retail customers –  by Canon.

In June we had a red hot go at Choice for the mean tone of its submission to the Productivity Commission enquiry into Australian retailing:

‘The final and most significant explanation for the price differences between many goods sold in Australia and the price of identical products sold overseas is the difference in profit margin obtained by the retailer,‘ Choice asserted, noting in passing that Australian retailers delivered poor service as well. 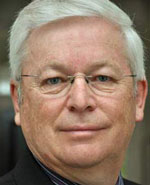 In June we also broke the news of the pending retirement of Richard Robertson (pictured right –  in case you’ve alreadty forgoten what he looks like!) from his roles as managing director of Ted’s Cameras and PMA chairman.

July saw the announcement that Ricoh had purchased the Pentax camera business. Locally, Ricoh will come under the management of local Pentax distributor, CR Kennedy, from January.

July also saw a potential competitor to PICA wanting to run a local photo equipment exhibition – but focussed largely on consumers. South-African based Edge Exhibitions and Events made a big splash and initially had a tie-in with Harvey Norman which came to nothing – and has been fairly quiet of late.

In July we also reported the retirement of Canon boss Alan Corder and the unfortunate and almost-missed fact that PMA-PICA had quietly (sneakily?) dropped the annual market research project which went some small way to filling the gap we have on data on the local market. (Who said Australian photo retailers are treated like mushrooms?) 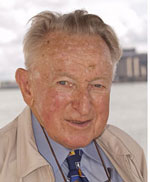 In August we reported on the passing of veteran Wollongong retailer Jens Madsen after only a few months earlier wishing him all the best in his retirement.

Market leader Canon finally moved on prices in August in a response to online-offshore competitors, reducing RRPs on some of its popular models by up to 20 percent. Since then a close review of prices from the top brands will show that the price differential has slowly but surely reduced – but nowhere close to the point where it has stopped being an issue for local retailers.

Canon also introduced a policy of restricting warranty protection for the high-margin categories of lenses and flash units to local (Australian and New Zealand) purchases in a further attempt to protect its patch. .

Late in August Sony announced DSRs and mirrorless interchangeables with 24-megapixel sensors. They’ve unfortunately been delayed because of  flooding in Thailand, which has also had some impact on supply of Canon and Nikon cameras.

In September online retailing renegade Ruslan Kogan started to grey market Canon and Nikon DSLRs at jaw-dropping prices. JB Hi Fi threatened to do the same at its AGM not long after, and by December had actually done so, creating all sorts of challenges for local suppliers and competing retailers.

This is definitely a story which will carry on into 2012!

In early November Harvey Norman, ever the canny marketer, had a ‘buy one, get one free’ sale of selected cameras, with many astute consumers (and a few photo retailers!) no doubt taking advantage to do a bit of early Christmas shopping.

The following week the same retailer announced store closures, placed three subsidiaries into administration, and warned the market to expect a poor first-half result. Since then, JB has followed with a shareholder warning.

– So it has been an interesting year, to say the least!  A slighlty less interesting, but more prosperous 2012 would be nice.