We SO feel your pain, Gerry!

How do you know when Gerry Harvey has jetted into town? The engines on the private jet have stopped but you can still hear an annoying whining sound. (Attribution – Crikey reader’s comment.) 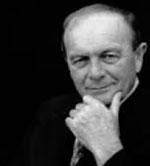 He is so disillusioned with Harvey Norman’s prospects for Christmas that he half-cancelled it in his WA stores, initially ditching Santa and his elves, only to have to fast-track the recruitment of umpteen skinny-arsed Mr Clauses when the lousy cheapskate punters arched up on Facebook. Jeez, sometimes people can be bloody unfair!

Gerry is cranky about most everything lately. Online? Don’t get him started – what’s the use of it when you’re making most of your dosh out of retail rents and franchise fees? How do you sign people up on the never-never on the internet? It’s bloody unAustralian.

The only slight consolation being that his competitors are worse off than he is – according to Gerry.

He now has a cunning plan (a la Blackadder’s Baldric) to redistribute some of the floor space allocated to consumer electronics and hand it over to the furniture and bedding departments, chasing the better margins that those categories apparently deliver these days. I guess the franchisees will bloody-well just have to like it or lump it. Strewth, give him a break!

He says that this gives him a great competitive edge over competitors like JBs and Dick Smith, who suffer the fatal strategic flaw of not having furniture and bedding. He’d be farnarkelin’ worried if he was them.

– Yep – I bet Terry Smart loses shedloads of slumber about not being able to flog Sealey Posturepedics!

One thing he is unlikely to abandon any time soon, though, is his Photo Centres. They might not turn a big profit, but they get a dwindling but still significant number of shoppers though the door. Without those 10 cent prints – who knows? Maybe Harvey Norman is not travelling all that well because things are changing so very quickly. Because at the end of the day, there’s no particular reason to shop at Gerry’s place any more. Except for the ads, it isn’t cheap (though those half-price cameras were a bit tasty), it isn’t that much fun, it isn’t pretty, it’s usually in the boondocks, and the bloke who runs it is seems to be cross with his customers.

HVN is a destination brand lacking a compelling selling proposition in our view.  Around 70 percent of HVN sales are in electrical/computing categories and while they were once high value destination-driven items, the past few years has seen significant levels of price deflation and market penetration resulting in many items in these categories lending themselves to the convenient, high footfall shopping centre locations.

The report (which came out way back in April – Lord knows what they think now) goes on to predict that whitegoods and cooking appliances will be the next to get it in the margin.

Jeez – you can see how things can make a bloke cranky. Might have to buy another half a dozen bloody racehorses to ease the stinkin’ psychic pain.