The liquidation of the Australian Institute of Professional Photography is nearing finalisation, with documents lodged with ASIC by liquidator Mathew Gollant (CJG Advisory) indicating that the former association had sufficient funds to pay all creditors in full. 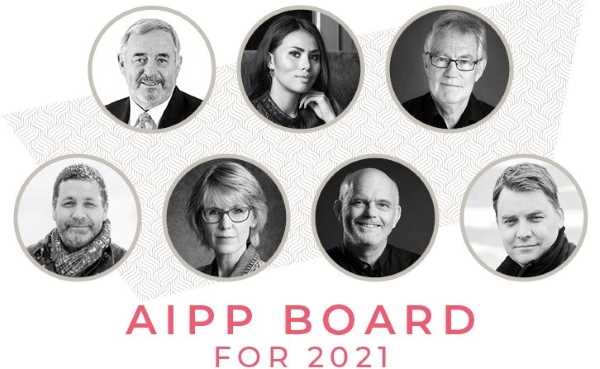 It appears that after creditors and the liquidator have been paid, the former association will remain with a significant surplus. No-one is saying at this stage where that surplus and ‘intangible assets’ such as the Accredited Photographers/Videographers ‘brands’ will end up.

The organisation voluntarily called in the liquidators last November due to concerns it would in the near future be trading while insolvent. According to the ‘Statutory report by a liquidator to creditors’, lodged with ASIC, the former AIPP had no secured creditors; three priority creditors (employees), owed a total of $1075; and one unsecured creditor – the ATO – owed $15, 035. Creditors were paid in April.

When it abruptly ceased operations at the end of last year, the AIPP had $164,000 in the bank, with a further $9500 in plant and equipment.

Total costs to CJG Advisory to handle the administration and liquidation was $63,000!

The administrator seemed to indicate that the AIPP Board was acting with an abundance of caution in placing the association (which operated under an limited liability company structure) into administration and then liquidation: ‘The Company appears to be in a relatively healthy financial position during FY19 with sufficient current assets on hand to meet liabilities as and when due. This is reflected in the current ratio (of funds to liabilities) being well above 1 at 6.90.’

Financial performance deteriorated rapidly after this, but nonetheless the liquidator reports ‘at the date of my appointment (November 2021) the current ratio was still above 1 at 1.48 indicating that the Company held sufficient assets on hand to meet debts as and when due.’  That is, it was not at that stage close to trading while insolvent.

‘A director has advised that the Company was placed into Administration due to financial
projections indicating that the Company would have been insolvent should it continue trading and hold its annual photography competition and awards night in December 2021,’ the report states.

The liquidator reported that everything was in good order administratively, except for one potential ‘Unfair Preference Payment’ of $16,639. An Unfair Preference Payment is ‘a transactions made by a company if it was insolvent at the time it entered into the transaction or if it became insolvent because of the transaction’. He said that he was unlikely to pursue this,  in part because: ‘Creditor 1 may have a number of potential defences available to them, including that there was ongoing supply of their services to the Company and their work was required to assist in determining the future of the Company.

AUTHOR’S NOTE: I forwarded a series of questions earlier this week to the liquidator seeking further information on the remaining assets of the former association.

1. How much did creditors receive in the dollar? If it wasn’t a full payment, why would that be, given there seemed to be ample funds remaining in the AIPP’s account.
2. What happens to any remaining funds after creditors and CJG Advisory have been paid?
3. Why was there no value attributed to the ‘Accedited Photographers/Accredited Videographers’ logo and program, which the AIPP secured from the ACCC after years of work?

This was the (somewhat enigmatic) response: A Director’s powers are suspended whilst the Company is in liquidation pursuant to Section 471A of the Corporations Act 2001 and a result they are unable to formally respond on the below. The Liquidator advises that all creditors have been paid in full and that the remaining funds and assets (including intangible assets) are subject to an order of the Supreme Court of Victoria per the Company’s constitution.

For a thorough review of the AIPP’s trials and tribulations over the past decade, read: https://www.insideimaging.com.au/2021/aipp-how-did-we-get-here/

Is it possible that ‘the remaining funds and assets (including intangible assets)’ might contribute to the foundation of a new association for professional photographers in  Australia?