While there has been no official announcement as yet, Les Morrison has been elevated from board member to Chair of the AIPP.

On February 26, Inside Imaging reported the AIPP had re-structured the board resulting in replacing the top leadership position, National President, with a ‘Chair’. While announcing the restructure, AIPP president Louise Bagger also announced her resignation as the board re-shuffled their roles. Strangely, no one at the time was appointed or voted as Chair, with the position left ‘TBC’ – to be confirmed. More than a month passed without a Chair – no one leading the AIPP. Inside Imaging only discovered today that the AIPP National Board graphic has been updated on the AIPP’s About Us page, with Morrison shifting into the Chair, well, chair, from his former role as ‘Chair of Finance, Audit & Risk Management; Nominations; Awards; Trade Partners’. (There are a few Chairs!) 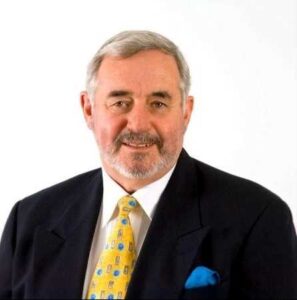 Les (pictured right) is relatively unknown among professional photographers and the broader photographic industry and moves to the AIPP Chair role from a military and business background, although he does have AIPP accreditation and a photographic business of sorts, LesM Photography.

The biographical details on the AIPP website are a bit general, but all we have to date. Usually we are able to glean extra details from ‘desk research’ (ie, a Google search or two) but Les has an exceptionally light online footprint!

According to his LinkedIn page he is CEO of a business called Renergy Pty Ltd and has been since 2010.

We have emailed him with a few questions to enable the industry to better get to know him and his objectives for the AIPP,  but until we receive a reply, the AIPP’s biog will have to suffice:

Les Morrison APP, is based on the Mornington Peninsula in Victoria and has been a member of the institute since 2014.

Les also served as an officer in the Australian Defence Force for over 20 years.

He was deployed to Vietnam and throughout his career served in postings in the USA, Central and South America, Europe and the Middle East.

In his commercial career, Les has been a CEO or senior manager in both medium and large companies.

He has served on boards as a member and chair.

Les has been a Fellow of the Australian Institute of Directors (FAICD) and a graduate of the Advanced Management Programs from INSEAD, Fontainebleau, France.

He has owned two photographic businesses.

With his experience in strategic and business planning, Les joins the Board of the AIPP to assist in the development of these two key requirements.

In other developments at the AIPP, it also appears that long-serving board member and highly-regarded industry veteran Bruce Pottinger is no longer part of the AIPP board.