A few weeks ago we looked into the expanding field of photo competitions and stumbled upon an organisation hiding in plain sight, so to speak,which runs more international awards in more countries than any other – The Farmani Group.

While it will be an unfamiliar name to most, its jewel in the crown, The Lucie Awards, will perhaps  ring a bell.

But there is much more to The Farmani Group than The Lucies. It has offices in the USA, Thailand, Budapest, Hong Kong and China and an impressive ‘stable’ of international competitions in photography, design and architecture – even footwear! The International Design Awards, described as ‘the design sibling’ to the Lucies, is just one of the Farmani Group enterprises.

‘We are a group of independent companies under the Farmani Group umbrella,’ explained Farmani Group general manager, Hannah Lillethun, ‘with the clearly-stated aim of discovering and promoting talent in the areas of photography, design and architecture, through competitions, awards, exhibitions, developing artist communities, providing networking opportunities and education.’

The Lucies were the brainchild of Farmani Group CEO Hossein  Farmani, who started the project back in 2003. It’s a prestigious ‘Masters’ award, with some of the most famous names in photography both recipients and judges. The Lucies recognises photographers with a lifetime of achievement. Henri Cartier-Bresson was the Lifetime Achievement winner of the initial event in 2003, the yar before he died. Mary Ellen Mark and Herb Ritts also got a gong that year. Jay Maisel and Annie Leibovitz were among those recognised in 2019.

Winners are nominated by an Advisory Board, and nominees in most categories required to have notched up 30 years in photography. Hossein Farmani was on to a winner with the Lucies – providing the professional photographic community with a glittering platform to honour the greats. The awards are presented at an Oscars-like gala at Carnegie Hall, New York each year hosting 500-600 ticket holders (at US$175 a seat). The actual Lucie award statuette (pictured right) bears a passing resemblance to an Oscar.

And it turns out that the Academy Awards was indeed the inspiration for the Lucies. In a 2103 interview Hossein Farmani explained: ‘I was working with Hollywood film festivals and have attended the Oscars a few times. I saw the impact that these events had on the public and admired the people who brought the entire experience to life: the directors, the producers, the cinematographers… And I thought, wouldn’t be nice if the world knew who the photographer of the Afghan Girl was, and wouldn’t it be nice if Steve McCurry was a household name? This was the motivation for the Lucies.’

– And like the Oscars there is a plethora of awards categories, complemented on the evening by the winners of yet another, totally separate competition, the International Photography Awards. (It must be a bloody long, albeit swanky, night!)

The Lucie Awards are run by The Lucie Foundation which is a ‘a 501(c)3 nonprofit charitable organization whose three-tiered mission is to honor master photographers, discover and cultivate emerging talent, and promote the appreciation of photography worldwide’, according to its website. It is exempt from paying tax, and donations to the Luci Foundation are tax deductible.

According to Wikipedia, ‘501(c)(3) tax-exemptions apply to entities that are organized and operated exclusively for religious, charitable, scientific, literary, or educational purposes, for testing for public safety, to foster national or international amateur sports competition, for the prevention of cruelty to children, women, or animals.’

Given the winners don’t pay an entry fee, the Lucies would need to be funded by tickets to the gala event, donations and sponsorship, and an online store selling limited edition and signed posters of iconic images from Lucie award winners. (While quality is unknown, prices are quite attractive.)

But there is another rich source of revenue. The International Photography Awards does charge an entry fee, and the revenue supports The Lucies: ‘The annual programming of Lucie Foundation is funded largely though the International Photography Awards, including the signature event, the Lucie Awards,’ the IPA website explains. By contributing the bulk of its revenue to The Lucies, the IPA becomes (kind of) tax exempt itself.

‘Any funds IPA donated to any non-profit organization, including Lucie Foundation, is tax deductible to the extent allowed by IRS,’ explained Farmani Group’s Hannah Lillethun.

‘A large part of IPA’s profit has gone to producing the Lucie Awards since 2004, and…supporting the many other programs of the Lucie Foundation.’

With 15,000 entries in 2019 (13,000 in Covid-affected 2020) a back-of-the-envelope calculation would see gross annual revenue from entries to the IPA at a conservative US$400,000. Cash prizes back to winners – there are three classes of entrant and 13 categories in each class – amount to about 10 percent of this. Other revenue streams come from sponsors, memberships and the sale of IPA Annual photo books.

There are plans to broaden funding for the Lucies. ‘With Lucie Foundation’s new president, Ms Lauren Wendle, in charge, we hope that Lucie Foundation will become more self-sufficient and that in future, IPA profit can instead be channelled to fund and build more galleries and museums of photography and supporting and promoting the work of emerging photographers around the world,’ Hannah Lillethun explained.

‘Farmani Group is currently working on designing and building gallery spaces in Greece, Italy, and Thailand, all financed solely by Farmani Group. These spaces, like other House of Lucie spaces, are dedicated to promoting photography in the community and providing a platform to feature local talent as well as exhibit the work of photographic masters. House of Lucie does not sell any of the works exhibited or charge any entrance fee. Anyone interested in purchasing works exhibited in these galleries are directed to the artist, and House of Lucie/Farmani Group takes no commission.’

But beyond the not-for-profit Lucies and the profit-for-The-Lucies International Photography Awards, there are a number of other photo competition initiatives under the umbrella of The Farmani Group.

These include:
PX3 – Prix de la Photographie, Paris, a Paris-based international photo competition which has entry fees similar to the IPAs, with professional and non-professional sections and heaps of categories.

The competitions above require similar entry fees and have a similar multi-category structure, and seem to riff off a master template website design. They all call for international entries.

‘Most of Farmani Group’s awards and organizations are in partnership with other individuals and companies and operate independently of one another,’ Hannah Lillethun explained.

‘They are not linked with or supporting the Lucie foundation (except IPA). However, Farmani Group donates to organisations in need when possible and as deemed appropriate and in line with its aims and purposes.

‘I have a feeling that you may have misunderstood the relationship between the list of companies on the Farmani Group website,’ she continued. ‘These are a list of organisations, programs and awards that Farmani Group have launched under its umbrella, but they are not necessarily related to each other.’

In 2020, as a one-off gesture in the Covid-blighted year, The Farmani Group committed to effectively doubling prizemoney in its various competitions: ‘matching all cash prizes given to winners of our photography awards with donations to local charities selected by the winning photographers, in their local communities,’ explained Hossein Farmani on several of the competition websites.

‘Through these avenues, over $80,000 has been donated in 2020 to organisations and people in need all over the world,’ he wrote. All the photography awards under the Farmani Group umbrella participated in the program, including IPA, according to Farmani Group. (It’s interesting to note that across all the Farmani Group photo contests, total prize money amounts to $80,000. The IPA itself offers over $40K in cash prizes.)

‘Although the donations were made/paid by Farmani Group, they were mostly made in the name of the photographers who selected that specific charity or organization to receive the donation, on their behalf and in their name,’ explained Hannah. ‘The donation amount to each organization would be in direct correlation to the cash prize received by the winning photographer.

‘It was a one-off program for 2020, although we will absolutely continue to look for more ways to support photographers and their communities moving forward.’

The Farmani Group also runs The Lucie Technical Awards (a ‘Product of the Year’ type of competition  with round 40 categories). There is an entry fee (natch) and winners pay $5000 each to use the awards logo in their marketing (so that would be close to US$200,000 gross revenue for award usage rights alone). Then there is the shiny new Lucie Photo Book Awards (entry between US$55 (commercial) and US$35 (independent). 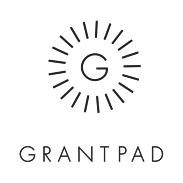 Another interesting Farmani Group initiative is a website called GrantPad. It turns out that grants can be a nice earner too, as many organisations offering grants – including The Lucie Foundation – charge an entry fee to apply. Grant-ers create a grant page via GrantPad, with The Farmani Group collecting the application fee from the grant-ees, deducting 10 percent and forwarding the remainder to the grant-er. The alternative for organisations who want to provide a grant or scholarship without charging application fees is a modest annual subscription to the service.

The Lucie Foundation currently offers four scholarships – sponsored by Sony – ranging from US$3000 to  US$1000. Submission fees are from US$25 to US$10.

Having read this far, the reaction of some readers might be ‘So what’s the big deal?’ – and that’s a fair question. There’s no axe being ground here. It’s simply an interesting operation which, to the best of our knowledge, has never previously had the attention it deserves.

The competitions The Farmani Group supports deliver consistently impressive sets of winning photos, and having been in the photo competition business since at least 2003, they know what they are doing. There is clearly a demand out there and, all things being equal, an organisation which is running photo competitions for profit and using at least some of the funds generated for good causes is preferable to one which doesn’t.

Pity the concept of matching prize-winnings with donations to charities is a one-off for 2020, but perhaps it will be taken up by other photo competition entrepreneurs looking to ‘do well by doing good’.

Once again, all companies and programs listed on FG are independent of each other and managed separately.