After 150 years, Thornton Richards to close

Thornton Richards Camera House Ballarat, a business which has roots stretching back 150 years, will close its doors for the last time as a photo store in August.

Thornton Richards was established in Sturt Street, Ballarat as a photography studio back in the Victorian Goldrush year of 1872. Its has been in the family of the current owners, Sue and Gerrard Lewis, for 69 years. (Industry people of a certain vintage will recall Merv Lewis, Sue and Gerrard’s father, with considerable affection and respect.)

It’s a substantial shop, 380 square metres in total, with the retail store, (including the ‘kiosk lounge’ pictured below right) accounting for 140 square metres. Gerrard and Sue embarked on a major re-fit just four years ago.

From the start of this year, the Lewis’s have made a concerted but ultimately unsuccessful attempt to sell the store. This included the production of an ‘impressive but not effective’ 34-page prospectus document.

‘The store will close,’ said Gerrard. ‘We have tried to sell the business as a going concern but were unable to find a buyer.’

‘On behalf of the Board, staff and all our Camera House members, we are indeed sadden to see the closing of one of the oldest camera stores in the country,’ David Burlew, managing director Camera House-Raleru Ltd, told Inside Imaging. ‘This business has been in Gerrard and Sue’s family for I think nearly 70 years and has been an excellent example of specialty retailing, delivered through local expertise.

‘I know that Gerrard and Sue are now looking to the next chapter of their lives and we wish them all the very best.’

The news that the only specialty photographic outlet in Ballarat, a regional city of over 150,000 and home to the Ballarat Foto Biennale, attracted no interest will be met with consternation from other specialist photo retailers around Australia. Turnover of the retail outlet alone is over $1 million, with the lab and the studio making further significant contributions. Even through 2020, it was a profit-generating business.

‘Our business began 149 years ago on the goldfields and has constantly changed and morphed into what it is today. It is the oldest camera business in Australia and possibly the world. It is sad to be closing it down. What else can we say?’ 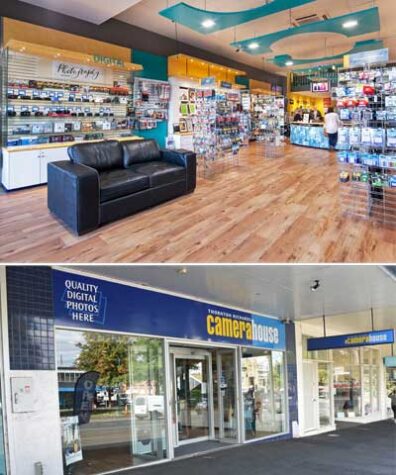 While both Gerrard and Sue are around retirement age, rising costs and shrinking margins also had a major influence on the decision to try to sell up.

‘The main reason we are closing is the rising cost to do business, with a decreased margin across the hardware range,’ Gerrard explained. ‘The suppliers we deal with are facing increasing pressure to drop margin to compete, and it has become a race to the bottom on price.

Sue and Gerrard’s experience has parallels with Tibor and Nora Szopory at Camden Photo Centre. Also nudging retirement age, they have been trying to sell their profitable photo store and studio for over six months without success. We have also seen the ‘jewel in the crown’ of photo retailing in Australia, Michaels in Melbourne, close its doors in the last six months.

Regional photo stores were to some extent protected from the race-to-the-bottom online discounting which has plagued the specialist channel, but the steadily increasing acceptance of shopping online, supercharged by the Victorian Covid lockdowns, changed the retailing landscape dramatically in less than 12 months.

‘The customers have a huge market from which to choose products – anywhere in the world – and if we can’t match the larger business models we can’t compete. Trading has been steadily decreasing in turnover and margin.

The repeated Victorian lockdowns have clearly played a role: ‘The Covid issue was not as bad as first feared in 2020, but now it has hit with a vengeance and we are well down on previous years.

‘The uncertainty of lockdowns and the fact that Victoria has been locked down so long and so often’ has also had a wearing effect. 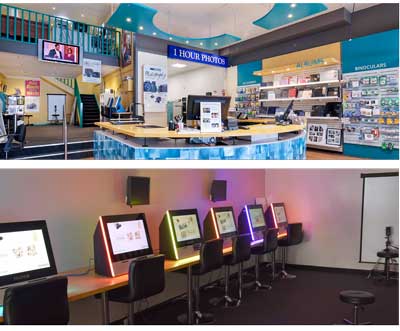 The decimation of specialty retail sector is not limited to the photo channel. The plethora of For Lease and For Sale signs in shopping centres around the state following rolling lockdowns attest to their profound impact.

Sue and Gerrard’s lease is up in August, and future plans center on retirement. ‘We are both retiring. Sue is at the retiring age and I’m 60,’ said Gerrard. ‘We don’t have any further business plans at the moment.’

While it would have been a better result for Raleru (CH ‘head office’), the photo enthusiasts and professional photographers of Ballarat, the photo industry in general, and of course Sue and Gerrard themselves if the store was still helping provide critical mass for a shrinking photo specialist sector, they step away with positive feelings about their decades ‘behind the photo counter’.

‘We have had a wonderful relationship with all our local and industry suppliers over the years,’ said Gerrard. ‘That would include all our major brands, and we could not have made it this far without being part of the Camera House family.

‘We have had a great journey and made many lasting friendships. We both have no regrets and have met and been guided by some fantastic mentors in the industry.’

Any tips for the future for those still ploughing the photo specialty field? ‘We need to embrace the younger generation and adapt to their new shopping styles with all the technology and marketing at our disposal.

‘I have found over the last five years that the gap from older retailing models to the new has broadened,’ Gerrard concluded.