Future Publishing, which has offices in Australia, made the announcement through its online photography gear review website, Digital Camera World (DCW). Both ProPhoto and Australian Camera ‘will now have a presence online right here’ at DCW, with popular articles now beginning a migration.

‘With both Aussie titles finding a home on DCW, readers of this here site can expect more expert reviews and advice on all things photography – whether you’re a seasoned pro or a budding amateur. We’ll be migrating some of the more popular articles from both titles across to DCW and, in future, you can expect to see brand new reviews, guides and features from both Australian Camera and ProPhoto.’

Beyond the content sharing initiative it’s unclear what changes, if any, will be implemented at both popular mastheads. Future Publishing’s online business model is heavy reliant on affiliate advertising, whereby product reviews feature links to major online retailers. A commission is generated each time a purchase is made through a reader clicking the affiliate link.

Affiliate advertising has a strong presence at DCW and other international photography websites, with links typically over to major online retailers Amazon, B&H, Adorama, Ebay, Kogan, and so on. While it may provide readers with a selection of cheap camera deals, it cuts out some of the great local specialist photo retailers, who don’t have the resources to build an affiliate program.

In Australia the affiliate advertising model hasn’t really had much of a run in local photography mastheads, but with advertising support from the major distributors increasingly hard to come by, this may have to change for publications to survive. 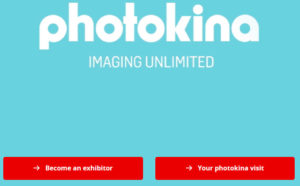 Photokina awful quiet
With just over three months until Photokina, scheduled for May 27-30 at Koelnmesse, there has been minimal news coming out of Cologne, Germany regarding ‘the world’s premier photo trade show.’

The one press release from this year, regarding a new event titled Imaging Innovation Conference, wasn’t even distributed to Inside Imaging – a subscriber to Photokina news. The event organisers have also opted not to advertise the event in Australia, a change from previous years.

Despite Germany having a reputation for efficiency it doesn’t appear the website floor plan or exhibitors’ list has been updated from the September 2018 event.

To further highlight the lack of activity, a simple comparison can be made between the press material/news announcements in the lead up to the September 2018 and 2020 show. From the beginning of 2018, there were 16 news pieces promoting Photokina and its exhibitors. In 2019 there were just four, with one announcing the high-profile cancellations of Leica, Nikon and Olympus as exhibitors

Maybe we’re being a bit harsh. So, about the Imaging Innovation Conference:

‘Imaging technologies and their exciting applications are developing very rapidly for the industry, retailers and commercial users alike,’ Photokina announced. ‘With the Imaging Innovation Conference (IIC) on 26 May 2020, the day prior to the start of photokina, a new format is now being created in the context of the leading imaging trade fair, where experts from all relevant specialist areas and the entire world will have the opportunity to discuss these changes with their peers and renowned experts. In combination with a visit to photokina, a holistic picture of the state of the industry is created that will inspire the attendees for their own actions and business strategies.’

The conference is running in conjunction with another event, the Business Forum Imaging Cologne, and Photokina has put out a call for speakers.

‘The Imaging Innovation Conference… addresses retailers, imaging service providers and suppliers, professional photographers, video producers and other content creators as well as software developers, innovators, analysts and trend scouts. Prior to the official opening of the fair, they are offered an exciting opportunity to learn from top-executives of the imaging industry, new vendors, start-up companies, innovators and independent experts how new technologies enable the industry to develop pioneering innovations.’

‘After about 8 or 9 years trying, I won one of the categories at the Travel Photographer of the Year with probably my favorite image of 2019 that I took in Brazil. I was lucky to find a little palm tree on top of one of a sand dune, which quite frankly makes the shot,’ he wrote on social media. ‘I love this competition because the winners are selected from printed images and not digital files.’

Daniel Kurian also won the 14 and Under category with four images of fisherman in Kerala, India.