Olympus has confirmed as true the latest in camera ‘trumours’, the announcement that the E-M1 Mk III, a Micro Four Thirds prosumer camera with a 20.4-megapixel sensor, was to be announced on or around February 12.  Here’s what it looks like: 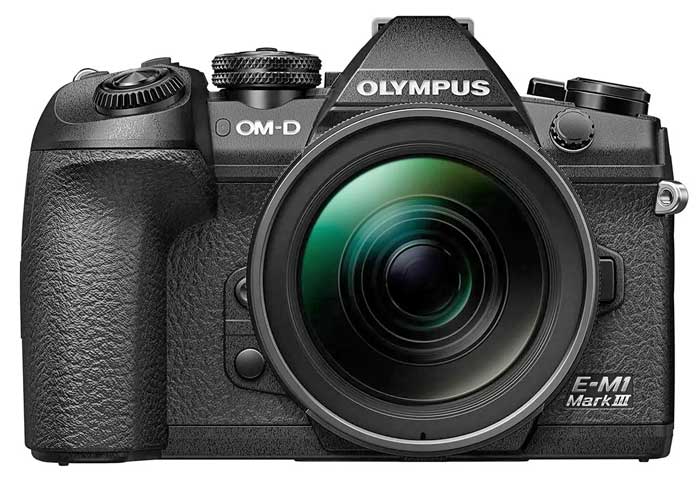 The OM-D E-M1 Mark III will be available late-February 2020.

Rather than plough the same field again, click here for the full, seven bloody page Olympus OM-D E-M1 Mark III press release, or read on – either way you’ll know just about everything you’ll ever need to know about the latest Olympus release.

As we wrote last week…The E-M1 Mk III appears to have the same – or vastly similar – Live Mos 20MP sensor to its predecessor, the E-M1 Mk II, released in late 2016. Besides a new processing engine, TruePic IX, there appears to be more similarities than differences between the two cameras. Olympus has, however, managed to shave off around 70 grams with the MK III, which weighs 504 grams. That’s more than 10 percent lighter, so worth a mention up top. 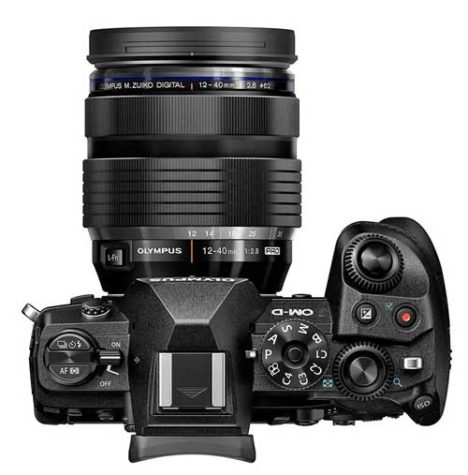 There also doesn’t appear to be an upgrade in the widely-applauded in-body 5-axis image stabilisation, which Olympus claims is the ‘world’s best’ IS performance with 7.5 shutter speed stops.

‘This level of stabilisation enables shooting in dark locations and during super-telephoto photography without a tripod, opening up new possibilities for photographers and filmmakers,’ Olympus purportedly says. ‘Without sync IS, the in-body image stabilization ensures image stabilization with any attached Micro Four Thirds lens of up to 7.0 shutter speed steps compensation.’

The new camera is equipped with a 121-point Phase Detection AF sensor, which again is the same spec as the Mk II, but with new, improved algorithms.

‘It offers 75 percent vertical coverage and 80 percent horizontal coverage of the screen for a wide focusing area. Paired with an advanced AF algorithm, this feature can continually focus on fast-moving subjects with a high degree of precision. Unlike DSLR cameras, there is no degradation in AF precision when using a fast lens. The E-M1 Mark III offers high-precision focusing that can sufficiently bring out the capabilities even of large-diameter lenses such as those with a maximum aperture of f1.2.’

AF tracking is clocked at a maximum of 18 fps sequential shooting. There is also a multi selector to quickly shift AF areas with a thumb while looking through the viewfinder.

‘Because users can move the AF areas with the multi selector during sequential shooting, it is possible to accurately focus even on subjects that move erratically, as often found in wildlife photography’.

One of the bigger claims Olympus is making is to ‘revolutionise the world of astrophotography’, by introducing Starry Sky AF. This new mode, driven by an algorithm, allows photographers to accurately autofocus on the night sky and even shoot handheld.

‘In the past, photographers have traditionally relied on manual focusing. A new algorithm was developed to enable accurate focusing even on the tiniest stars shining in the night sky, enabling ultra high-precision autofocusing. One of two modes in Starry Sky AF is the Speed Priority mode (default setting), which prioritises focusing speed and complete AF operations in a short period of time. Thanks to the powerful image stabilisation, this feature makes handheld astrophotography possible using a wide angle lens. The second mode Accuracy Priority uses a fine-tuned focus scan and is effective for shooting specific stars with telephoto lenses.’

Here’s the rest of the info:
Face Priority/Eye Priority AF
Face Priority / Eye Priority AF, which automatically detects and focuses on people’s faces and eyes, is now more advanced. The new image processor TruePic IX features higher processing capabilities and improved AF algorithms to better detect small faces and eyes, whilst keeping stable focusing on a subject even in situations where face detection was difficult in the past (such as e.g. focusing on the sides of faces). It is now also possible to use either the buttons or touch operations to select faces when shooting still images or videos, and detection on or off can be changed with the touch of a single button. Along with versatile video functions, this feature makes the E-M1 Mark III a great tool for vloggers.

Super Sonic Wave Filter
With Olympus advanced SSWF (Super Sonic Wave Filter) technology (which vibrates the image sensor filter with an acceleration of several thousand G 30,000 times per second to powerfully shake off dust and dirt) and a new sensor coating introduced with the OM-D E-M1X, dirt cannot stick to the sensor, reducing spots in images to 1/10th of that in conventional models. The high-durability shutter unit in the E-M1 Mark III clears 400,000 operation tests and therefore offers a high level of reliability.

Handheld 4K video
The E-M1 Mark III features an IS mode specifically designed for video recording. Electronic stabilisation combined with in-body 5-axis stabilization delivers powerful image stabilisation particularly useful for videographers. This provides a high level of performance for handheld video content creation without using a tripod or other stabilising device, even when shooting in high-resolution formats, which are susceptible to the effects of camera shake, such as 4K or Cinema 4K (C4K).
This model supports OM-Log400 shooting, which enables shooting without loss of details in shadows and highlights, along with color grading for a high degree of freedom over images. In order to make Live View images more visible, a View Assist function is available, which converts the colour gamut to Full HD standard BT.709 equivalent for display.

Weather sealing
The rugged magnesium alloy body of the OM-D E-M1 Mark III features Olympus’ acclaimed dust-, splash- and freezeproof design to allow for shooting in any location and environment.

Olympus apps and software
The OI.Share smartphone app can be used to connect to the camera via Wi-Fi, import shooting data to a smartphone, and to use the smartphone for remote camera operation. OI.Share can now also be used to update the camera firmware and backup and restore camera settings for the OM-D E-M1 Mark III.

Olympus Workspace can handle professional tasks such as RAW processing and image editing, along with offering a great deal of freedom over screen layout, etc. Connect a computer to the OM-D E-M1 Mark III via USB to enable high-speed RAW processing with Olympus Workspace using the new image processor TruePic IX. Clarity and Dehaze editing filters are included for a greater range of expression in astrophotography, etc.

By using Olympus Workspace Version 1.3, being released at the same time as the OM-D E-M1 Mark III, it makes it easy to replace the audio files of the recorded video to High res sound recorded by using Slate Tone on the LS-P4 / LS-100 while recording video.

This control software for computers meets the demands of studio photography. When using the software, live shooting results can be imported via Wi-Fi without using a USB connection, providing powerful support for the workflow of studio shooting. It supports high-speed 5 GHz band communication.